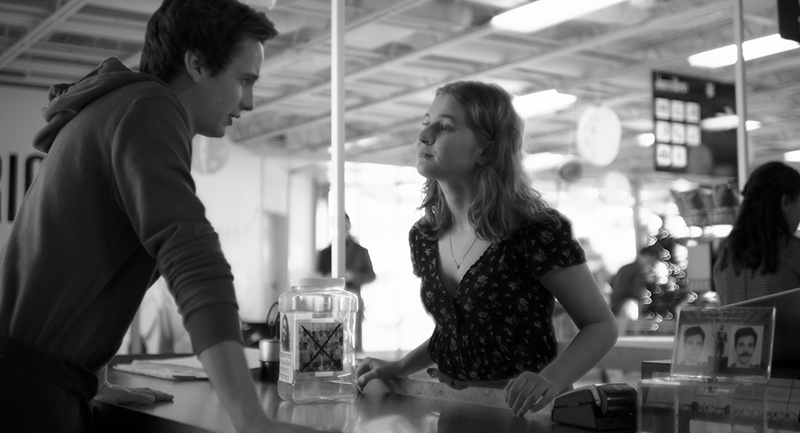 Slut in a Good Way

Whoever the author is of that adage “Youth is wasted on the young” (George Bernard Shaw? Oscar Wilde? Believe me, it’s an internet rabbit hole I tunneled through so you don’t have to), no one told indie filmmakers. Poignant movies about teens and their burgeoning sexuality seem to be enjoying a bit of a renaissance these days. Call Me by Your Name, Eighth Grade, and Lady Bird have graced the screen in the last couple of years, all to much acclaim in their various incisive dissections on the subject. Slut in a Good Way happily joins those ranks, albeit in a lighthearted way that is easy, breezy, and incredibly endearing.

This French-Canadian film from writer Catherine Léger and director Sophie Lorain follows three teenage girls (just enough for a coven) as they navigate love, sex, and society. Charlotte (Bouchard) is in the spotlight though, getting dumped by her boyfriend who realizes he’s gay, which sends her into a tailspin. Completing the trio are Aube (Adam), the dowdy, requisite virgin, and Mégane (Denis), the radical dissident who never fails to call it like it is. After Charlotte’s breakup, the girls get part-time jobs at Toy Depot, primarily because a lot of hot guys are employed there (but apparently no managers to speak of).

The decision by Lorain and cinematographer Alexis Durand-Brault to shoot the film in black and white has a nominal impact, but the spirited and precise camerawork is noteworthy. Teenagers climbing and crawling everywhere – be it a liquor store, a cafe, or a playground, navigating the world in a way that is reserved exclusively for the young with seemingly effortless ease, smoking bottled water-rigged bongs and flying through the world with a careless exuberance that is so often the flame to the filmmakers’ moth – is captured effortlessly.

Charlotte ends up sleeping with all of her co-workers, except of course for the boy who may be Mr. Right. She is thus labeled a slut, and the film goes from being a randy workplace comedy to a mild treatise on gender double standards with a dash of Aristophanes' Lysistrata. The girls rebel by starting an abstinence campaign benefiting an ape charity, which subsequently causes all manner of teen turmoil.

Slut in a Good Way (which was originally titled Charlotte a du fun, or Charlotte Has Fun) is a sex-positive comedy that has a wit and a bite that are undeniable even though it at times traffics in traditional rom-com conventions. One highlight is Charlotte’s obsession with the video of the 1962 Maria Callas aria of “Habanera” from Bizet’s Carmen. Callas stands in front of the orchestra, watching the crowd as the introduction to her song plays out: Her presence exudes a confidence and outright defiance that becomes a throughline to this very charming film.

For an interview with the cast and director, read "How to be a Slut in a Good Way," March 28.