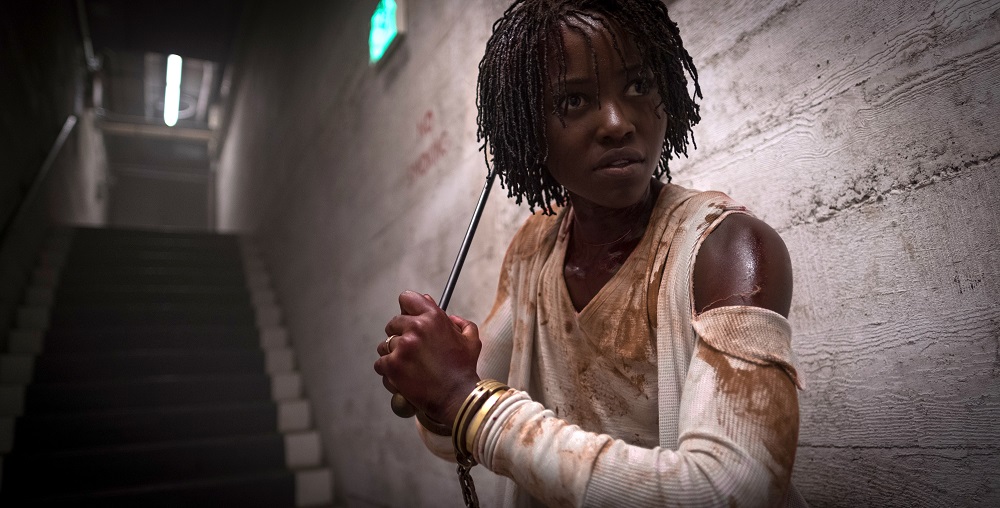 Is it fair to say that Jordan Peele is this generation’s John Carpenter? With his sly grasp of the intersection of popcorn thrills and political allegory, it’s a reasonable comparison. After he provided an Oscar-worthy analysis of race relations in Get Out, now America’s id is probed in Us.

The Wilson family is as atomic as they come. Mother Adelaide (Nyong'o), father Gabe (Duke), teen daughter Zora (Wright Joseph), and son Jason (Alex) are a nice, middle-class family taking a summer vacation in Santa Cruz – a fine idea, except, as an opening flashback shows, Adelaide has some unpleasant memories of the resort city after a bizarre childhood trip to an amusement park. Still, she puts them aside to spend some time on the beach with their drunken friends, the Tylers (Heidecker and Moss). All seems well until they return to their summer home, where four figures – a family: two parents, two kids – suddenly appear in their driveway.

These others are skittering, shuddering, degraded copies of the Wilsons, and their assault on the family is an hourlong nightmare. Peele ratchets up the tension in extraordinary fashion, but most especially in the dual performances his cast creates. Each iteration of the family is an inversion and a perversion, and the different forms of malice they portray and the different fears they evoke in their originals are hooks in the eyes. Nyong'o is the heart of this as both pursuer and pursued, and her twisted other self is a masterpiece of manipulation. Similarly, Duke balances his lame dad act with a mirror image that is blundering male rage personified.

Yet for all that delicious terror, there’s a catch: Us is excellence of execution – or rather, the best version imaginable of a script that feels underdone, and occasionally overwrought. After the precise, didactic insight of Get Out, Peele depends too much on a tone of ambiguity that ends up more like plot holes, as if the hidden world is not built out enough. Honestly, it doesn't make much sense.

It's easy to ignore in such a stupendously created mood of fear, but the revelation of what drives these simulacra verges on trite and depends on (no kidding) a Hands Across America reference, an obscure enough event that it seems like quicksand rather than a firm foundation for a script. There’s a literal third-act descent down the rabbit hole, and this comes after an earlier line that is so on-the-nose that in lesser hands it would cause laughter.

But Peele is not lesser hands, and the home invasion that dominates the middle hour is nerve-wracking and taut. (In fact, it probably should be taught, too, alongside You’re Next, The Strangers, and Assassination Nation as case studies of how to keep the genre from going stale.) To revive the Carpenter comparison, that act is his Assault on Precinct 13, visceral and merciless. However, he has exactly the right cast to add a terrified humanity to proceedings. Nyong'o is his Adrienne Barbeau, understanding that true horror comes from character, not jump scares; while Duke is his Kurt Russell, all cocksure masculinity undercut by panicky self-doubt and underlined by exquisite comedic timing.

So, while it’s true that Peele may well be the new Carpenter (just as he’s trying to fill Rod Serling’s smoke cloud in his revamp of The Twilight Zone), it’s still not unfair to say that his latest metaphorical horror – while far from a sophomore slump – lacks the seamless elegance of his debut. “Not quite matching a masterpiece” is still high praise, but Us is a step forward for Peele the Filmmaker, and a step back for Peele the Storyteller.

A version of this review ran as part of our SXSW coverage. 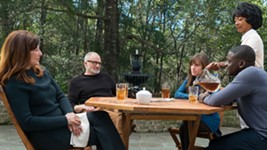 Get Out
A stellar racially charged horror comedy

Us With Pretty Witty Podcast
...