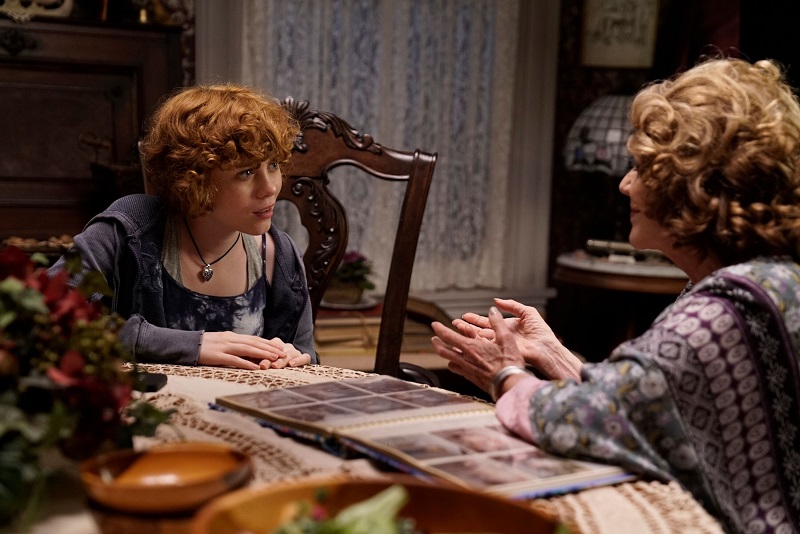 Nancy Drew and the Hidden Staircase

When the second installment of the popular mysteries written under the pseudonym Carolyn Keene was published in 1930, the cover of Nancy Drew and the Hidden Staircase featured a girlish silhouette holding a magnifying glass, Sherlock Holmes-style. Subsequent editions of the book depicted the teenaged sleuth in the accepted female attire of the day, but with a trusty flashlight in hand. In this updated movie version of Keene’s mystery novel circa 2019, the amateur detective is still holding that same flashlight, but now she’s a skateboarder clothed in a sleeveless undershirt, unbuttoned flannel shirt, jeans ripped at the knees and work boots. Yesterday’s good-girl gumshoe has also morphed into a juvenile delinquent who dispenses vigilante justice (no spilled blood) to deserving wrongdoers, resulting in frequent groundings by her adult guardians and numerous scuffles with local law enforcement. Back then, the amateur snoop would be patronizingly labeled as a tomboy, or something even worse. But in today’s (hopefully) less sexist and more enlightened age, she’s just another young woman exploring her identity without reference to any past tropes of femininity. This new Nancy Drew has come a long way, baby.

Screenwriters Nina Fiore and John Herrera have modernized Keene’s decades-old storyline without completely chucking the quaint qualities of the original. An eccentric octogenarian (Lavin) enlists an eager Nancy (the bright-eyed It girl Lillis) to investigate paranormal activity occurring in her possibly haunted home, where an infamous murder/suicide occurred over a century ago. When Nancy’s widower father (True Blood’s Trammell) mysteriously disappears on a business trip, the preternatural happenings at Twin Elms become more than everyday hocus pocus, part of a bigger conspiracy bubbling under the surface of the small town of River Heights. Count on our plucky high school heroine (with the valuable assistance of three friends, including Shailene Woodley look-alike Graham) to decipher the clues and handily solve the mystery of the hidden staircase like a younger version of Jessica Fletcher, except no one gets murdered here. Who knew the nutmeg on your spice rack is a natural hallucinogenic?

While most of the acting here is unexceptional and the direction/editing often reflects odd choices (what’s with the goofy reaction shots?), the movie’s intended demographic of adolescent and teenage girls will likely not care. Those audience members may be happy to simply bask in the onscreen glow of an empowered peer doing her own thing. If this take on the ageless Miss Drew clicks at the box office, rest assured future adaptations of her other adventures may materialize. Anyone up for solving The Secret of the Old Clock? 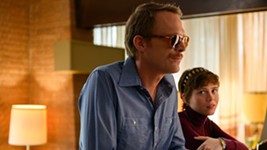 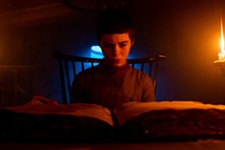 Gretel & Hansel
The woods are dark and deep, but far from lovely ...