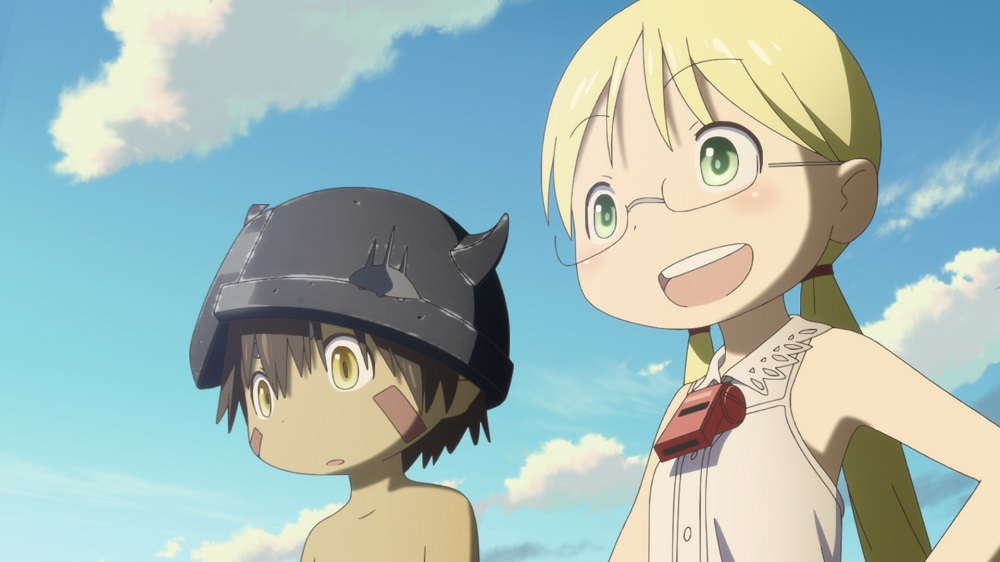 Made in Abyss: Journey's Dawn

A clockwork boy and an unusual girl – it seems like the perfect fodder for a fantasy anime, and that's exactly what Made in Abyss: Journey's Dawn is. Riko (Lauda) is an orphan in a far future, where technology is mostly dead, and many people make something like a living scavenging for ancient artifacts from the Abyss, a giant, seemingly bottomless pit. Riko plans to become one of those scavengers – a cave raider, like her missing mother. Her plans are seemingly accelerated by the discovery of the ultimate lost treasure: Reg (Christian), a robot boy of incredible powers but has no memory of who he is. The Abyss holds everything for both – Riko's mother, Reg's identity – and inevitably they head into the deep layers.

Journey's Dawn is not really a new film, but a recap movie, cut down from the first half of the first season of Masayuki Kojima's anime adaptation of Akihito Tsukushi's manga (a second film, Made in Abyss: Wandering Twilight, is due soon). One of the criticisms of the original series was that the pacing was a little saggy, and that's not something that anyone can accuse Journey's Dawn of being. Instead, it's a hell-for-leather sprint through the first layers of the Abyss, adding and losing characters at a remarkable pace. (If there's one major problem in the recap, it's that some of the supporting cast turn up for a scene or two, adding little more than a quick thrill of recognition for fans).

There's no slacking, but there are plenty of surprisingly gruesome monsters, and a lot of bathroom gags (anime, and Japanese pop culture generally, is far less squeamish than American audiences are generally used to seeing). That makes Journey's Dawn, in this theatrical form, pretty dense going, but Kojima takes time to explain the world of the Abyss, from the nuances of the city above to the Curse of the Abyss (a form of the bends with added, nightmarish symptoms).

Yet it's a grand adventure, with the kind of high-stakes drama that fantastic anime can handle. The animation is a delightful mix of epic and kawaii, and if it wasn't for Riko's constant chirpiness, Journey's Dawn would be overbearingly bleak. Yet amid the tragedy, there's an inherent sense of hope, enough that will convince even the surliest of souls to come back for part two.