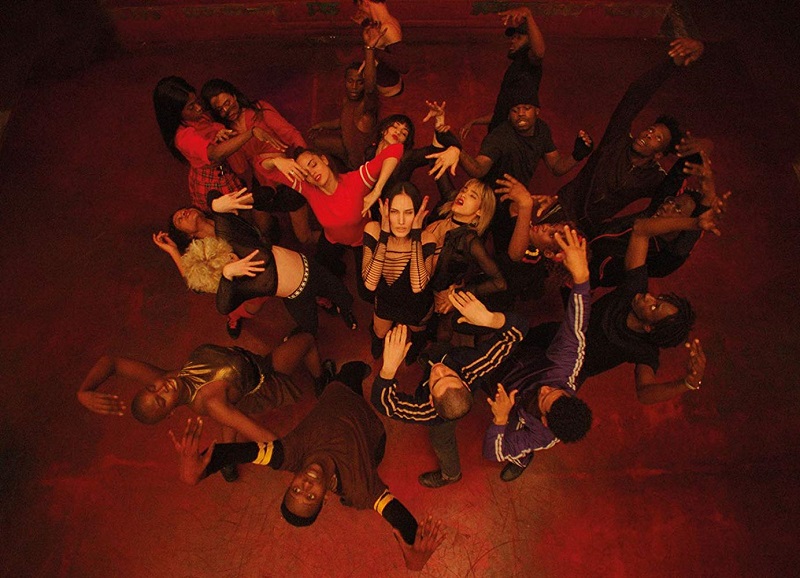 In transgressive cinema, there is only one real sin, and that is to be boring. That happens somewhere around the six-hour mark of Gaspar Noé's 96-minute drug freakout fable Climax.

Noé managed a remarkable feat in breaking out of the underground with his button-pushing debut, 1998's Seul Contre Tous, while its follow-up (2002's rape-revenge drama Irréversible) is the New French Extremity film it's OK for cineastes to admit to enjoying. Yet his follow-ups, the divisive Enter the Void and high-budget pseudo-porno Love, began to make it feel like he'd run out of real ideas, and was becoming French cinema's version of that old Onion joke about Marilyn Manson going door to door, trying to shock people. Climax may be that gag coming true.

The setup is simple: It's France in the 1990s, and two dozen dancers have been auditioned to join a contemporary/hip-hop troupe that will tour the country and potentially even the U.S. They rehearse, they have a party, but then somebody spikes the punch with acid, and everyone melts down, turns on each other, and carnage ensues. Or rather, it's such a mannered and staged version of carnage that when the characters are introduced, it's through a series of audition tapes shown on a TV. The TV is surrounded on shelves by books and films that don't simply foreshadow the upcoming destruction, but are there to prove how well-read, how urbane and edgy Noé is (he's watched Suspiria and read Buñuel). In a terrible sign for the rest of the film, it's more intriguing to spot all the titles than listen to whatever the endless stream of paper-thin characters are talking about.

Noé hasn't even reached the preposterous pretentiousness of Lars von Trier, who is at least interesting in his childish confrontationist tendencies. Instead, he's an arthouse Tom Six. He is clearly and undeniably a technically excellent filmmaker when it comes to composing a shot. Indeed, some moments are uniquely memorable, like a top-down crane shot of the dancers having their own moment in the spotlight. But captivating as those moments are, the unendurable slog of them, of having every character have their moment when there are so many people, is just dull. It's a similar structural problem as If Beale Street Could Talk, that the narrative can grind to a halt as each character (and each performer) is given their chance to shine, and then often just disappear. However, Barry Jenkins is a master of intimacy and character; Noé fills a room with 30 ciphers, and gets them to create a party that is both annoying and dull. When Noé drops acid in the script, the action becomes a claustrophobic bottle drama with no verve, that is instead just a long performance of increasingly unengaging tricks.

May be that he needs to stop trying so hard to impress. Moments of structural creativity, like running the end credits at the beginning, or the music track list halfway through the party, just feel forced and smug. Considering how much he rewrote the rules on structure and narrative with Irréversible, with its back-to-front script order, this time it's not provocation. It's just testing the audience's patience. Everybody dances, again and again. Everyone has tedious exchanges about who they would or would not fuck, again and again. A character is literally set on fire and just disappears for half an hour. When the reveal is made of who spiked the punch, it's impossible to care. Which pretty much sums up the experience of watching a Gaspar Noé film in 2019.