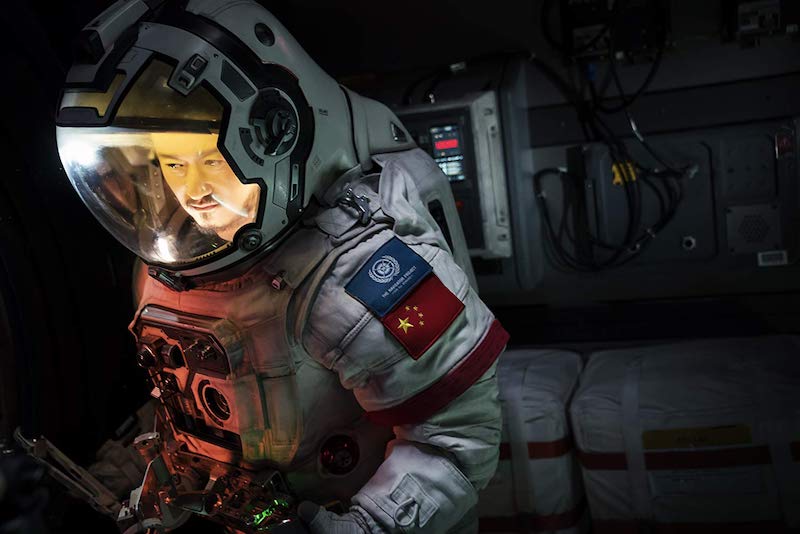 Since its premiere last month, China’s blockbuster science-fiction film The Wandering Earth has grossed more than $650 million worldwide, already making it one of the highest-grossing films in its home nation's history. Even though it's made less of a splash internationally, it may just be the bit of doomsday spectacle you needed to kick off your March.

Earth has a problem. The sun is starting to expand, and in less than a century, the surface of the sun will burn all life out of existence. To save humanity, the United Earth Government hatches an ambitious scheme: They will construct a series of thrusters on the surface of the planet and – over the course of 2,500 years – move Earth toward the nearest inhabitable solar system. Now, 17 years into our mass exodus, one of Earth’s most essential astronauts, Liu Peiqiang (Wu), is set to reunite with his son, Liu Qi (Qu) – that is, until Earth is sucked into the gravitational pull of Jupiter on its way out of the neighborhood.

Consider its premise. In many movies, the idea that Earth would build planetary thrusters that propel the planet outside the solar system is less science-fiction than an outright comedy. Here it merely serves as a prologue. This is a movie where a character fires a chain gun at Jupiter in a moment of despair, and that’s before the group decides that blowing up part of the problematic planet is the only way to save Earth from imminent destruction. We are also presented with one of the most stunning science-fiction images ever committed to film: a group of humans scrambling across the wasteland of Planet Earth as the Eye of Jupiter fills the sky. There are enough iconic moments in director Frant Gwo’s movie to fill any number of blockbuster disaster films.

But this ridiculousness is not a design flaw of The Wandering Earth. The film is meant to evoke comparisons to blockbuster Nineties movies and run audiences through familiar emotional beats, from the cowardly supporting character who steps up when the group needs him the most to the distant parent who must weigh the ultimate sacrifice.

Given the film’s backing by the Chinese government, it’s fair to wonder just how much of The Wandering Earth was made to fit a political agenda. For one, the film’s emotional through line is the animosity Liu Qi feels toward his father for choosing his work over his family. For another, there’s the presence of Tim (Kai Sui), a biracial character – half Chinese, half Australian – whose legitimacy as a Chinese national is often questioned by his peers. Critics well-versed in the relationship between state and cinema will undoubtedly have a lot to say about those themes, but this should not detract from the fact that, as a piece of broad entertainment, there is plenty to enjoy.

The Wandering Earth is as much a love letter to disaster films as it is a worthy entry in the genre itself. That, combined with some truly eye-popping visuals, makes it a film that should be seen on the biggest screen possible before it lands this month in the relative obscurity of the Netflix "Recently Added" section.