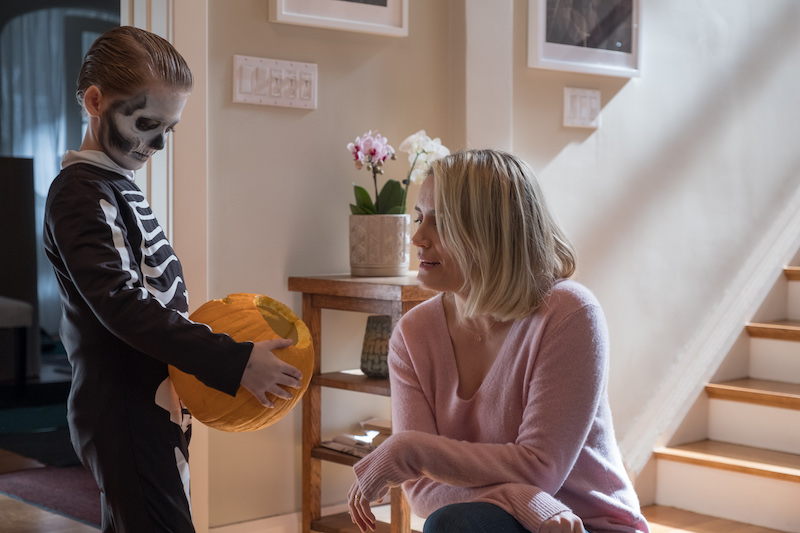 Minutes after an infamous serial killer is gunned down by an Ohio SWAT team, Sarah (Schilling, making a case for a career as a Radha Mitchell-esque horror icon) gives birth to Miles (Scott), the baby she and her husband John (Mooney) have been waiting years to conceive. Much to their surprise, Miles quickly proves to be far ahead of the developmental curve, inspiring his parents to place their quick learner in a special program for child prodigies. However, when Miles begins to lash out at the other students around him, his parents begin to suspect that their special child might be even more out of the ordinary than they ever could have expected.

Unsurprisingly, The Prodigy is at its best when it takes an earnest approach to its subject matter. Screenwriter Jeff Buhler is something of a hot ticket in Hollywood these days (his upcoming list of projects includes remakes of The Grudge, the long-delayed Jacob’s Ladder, and Pet Sematary, announced just this week as the SXSW Film festival closing title), and this film proves he can walk a line between satisfying jump scares and something approximating atmospheric horror. There’s something to be said about a scary movie for general audiences that hardened horror fans might also enjoy; if this film had been released in the early 2000s, people like me who grew up on unexpected big-studio schlock shockers like Darkness Falls and Ghost Ship would probably have turned this into one of the biggest direct-to-video franchises of the decade.

And The Prodigy needs every ounce of that second-tier horror energy, because – outside of its strong leading performances – the film doesn’t quite do enough to nudge it beyond the realm of simple competence. One personal pet peeve is the music. A movie about evil reincarnation could pave the way for any of a hundred different song choices, but The Prodigy’s score is focused on a dissatisfying blend of danger chords and a single shapeless Hungarian folk song.

So while the film may earn points for its goofball premise and sincere execution, it will also play much better to people who do not remember movies like Child’s Play and Fallen (with Denzel Washington and John Goodman as cops chasing a body-hopping serial killer demon), both of which provide the foundation for what The Prodigy becomes. So while it may not reinvent the wheel, it will give you a nice jump or two for the price of a Sunday matinee. That’s a bar which most studio horrors can honestly only aspire to cross. 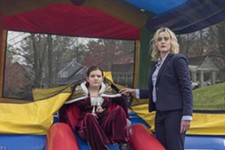