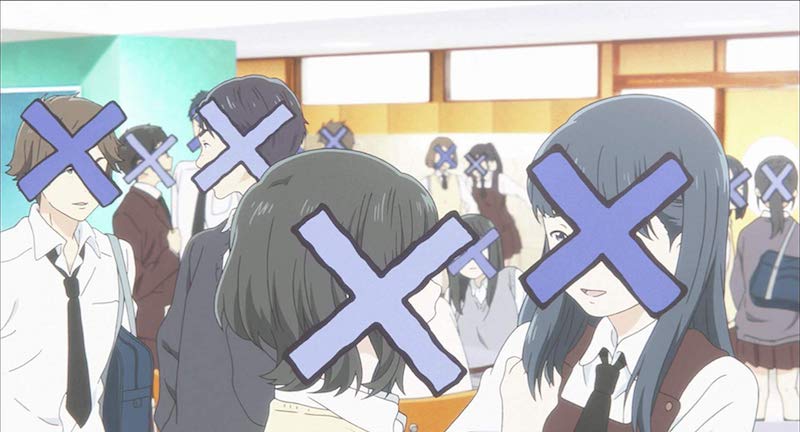 Everyone wants to pretend that bullying is something you solve like a crime. That it's the bullied and the bully, and it's that simple and reductionist. But while that underlying truth is there in A Silent Voice, this remarkable and empathetic anime looks for deeper, more worthwhile lessons than simple discipline and punishment.

In this adaptation of Yoshitoki Oima's manga Koe No Katachi (The Shape of the Voice), the trigger is the arrival of a new student at an elementary school in the small city of Ōgaki. At least that's how high schooler Shoya Ishida (Irino) recalls it as he considers committing suicide by throwing himself off a building. He's wracked by guilt from the time he spent torturing Shoko Nishymiya (Hayami), but also alienated from all his one-time friends because of what he did to her in elementary school. She's deaf, and he would mock her speech, or steal her hearing aid – horrible actions that deserve punishment and require contrition.

But it's not just bully Shoya and bullied Shoko. Yamada pulls the camera back to put everything in context, that the boy's actions did not exist in a vacuum. As Shoya reconnects with Shoko, and tries to be her friend for the first time, the role of his classmates, of disinterested adults, and of the cyclical nature of bullying is depicted with an insightful compassion. It's the tone that is necessary to touch on the important issues of teenage alienation, and the wrong – sometimes damaging – turns that kids can take.

Even though he is the protagonist, Yamada is not interested in excusing Shoya, but instead points to how he rightly blames himself. Yes, he's a bully, but were his fellow students so much better than him? At least Naoka Ueno (Kaneko) admits her guilt, but she even relishes it, blaming everything on Shoko for just being there. That's a stark contrast to Shoya, who had now become so depressed at his own actions that he can't look anyone in the eye – a habit depicted visually through blue cross marks across the faces of everyone around him. In this semi-naturalistic environment, it's a conceit that puts the audience into Shoya's troubled shoes.

An equally vital, if subtler, element of that tone is Kensuke Ushio's score: It's a mixture of chamber styles, often anchored by a solo piano that makes elegant use of the damper pedals to give hints of disconnection and isolation. Those questions of communication as the binding cords of all relationships are the real heart here – from the classmates that decide to learn sign language, to Shoya's failure to simply apologize. There's far more here than the simple pablum of a movie-of-the-week-esque narrative about kids coming together after horrible actions. Instead, it's like a teen Magnolia. Like the man said, sometimes people need a little help. Sometimes people need forgiving. A Silent Voice reminds us that sometimes we need to forgive ourselves to move forward. 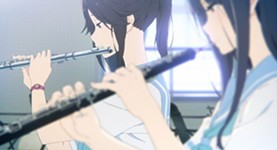 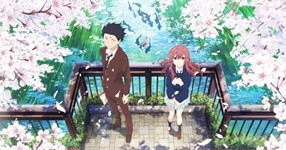