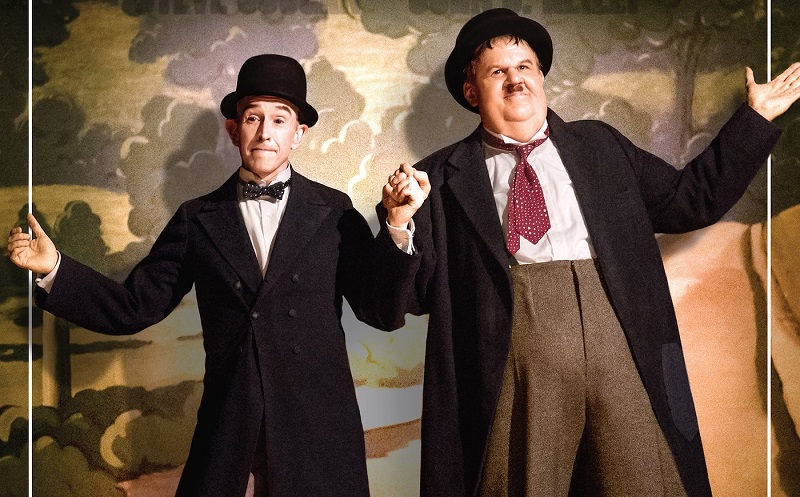 The golden era Hollywood comedy duo Laurel & Hardy are certainly not getting the step-by-step biopic treatment in Jon S. Baird’s new film (indicated by the title itself, forgoing the more easily recognizable monikers). In fact, it’s pretty inside baseball, with biographical hints dropped like breadcrumbs for either the astute viewer or the casual cinephile to gobble up.

Dick Van Dyke, appearing in the 1974 BBC TV documentary Cuckoo (which is excellent, available on YouTube, and highly recommended viewing if you’re planning to see this film), called Laurel & Hardy “the greatest love story of all time.” By the Fifties, the two of them were the proverbial has-beens, long thought to have retired, undone by boozing, betting on horses, and women (they each had several failed marriages). The film largely takes place in 1953 – aside from a few sloppily inserted but necessary scenes on a studio backlot in 1937 while the team was filming Way Out West. This bit of backstory (horror-esque, with Huston’s Hal Roach looming like the devil) is important because the focus of all tension and resolution is on Stan’s long-simmering resentment about that one time Ollie made a movie without him (1939’s Zenobia), which Ollie chalks up to contractual obligations. With the help of Bernard Delfont (a lively Jones giving the film’s most robust performance), Stanley Laurel (Coogan) and Oliver Hardy (Reilly) embark on a music hall revival tour – fitting because those are the venues in which they sowed the seeds of their careers – throughout the UK.

The two leads, looking like a couple of revived corpses, are completely convincing – they not only look the parts (Reilly is nearly unrecognizable under all the weight), but they have their mannerisms down pat: Laurel’s characteristic affirmative nod that plays like a punch line, and with the Georgia-born Hardy’s Southern-tinged drawl, Reilly doesn’t even sound like himself. It’s a bit disconcerting, as well as a relief, to see Reilly take a hard break from that nasally, incredulous, jolly persona that he has become known for and embrace a quieter and more complex role. Coogan holds Laurel’s sadness and betrayal in his moon-eyes, hiding his bitterness by relentlessly writing bits for the pair’s future film (the fate of which is nebulous at best). The story is tender and heartbreaking. The few comedy bits the film includes are reprisals of the old visual gags, the simple everyday blunders (art imitating art imitating life) – a trunk getting hefted up a flight of stairs only to slide all the way back down, the note-for-note reenactment of 1932’s “County Hospital,” which they perform onstage night after night. It’s almost like a museum tour. The bits are tinged with nostalgia, a perpetually unalleviated regret. 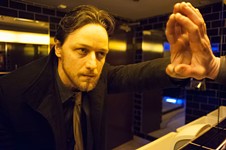 Filth
Based on a book by Trainspotting's Irvine Welsh, this film keeps close company with a nihilistic character, but unwisely pulls its punches.