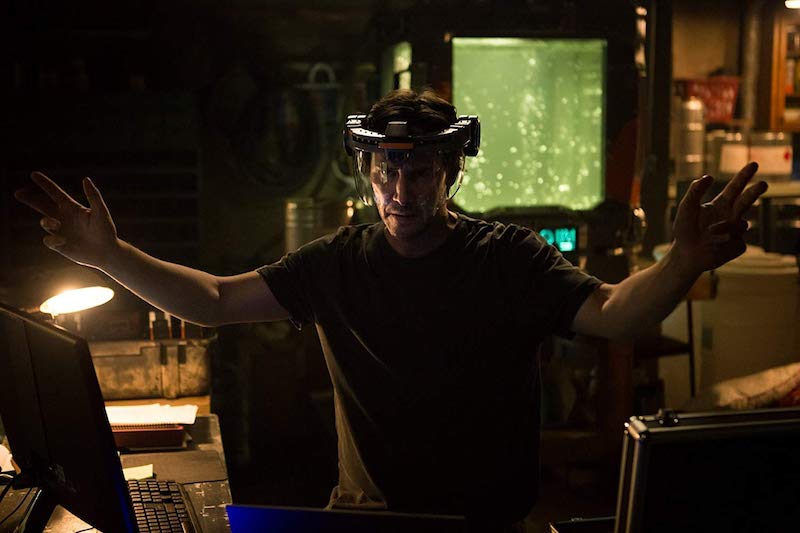 Keanu Reeves is the yin to Nicolas Cage's yang. Their careers have a strange symmetry – breaking through in the 1980s with well-received performances in offbeat arthouse successes, flirtations with Oscar-friendly studio fare, a Nineties action revival, then wilderness years, followed by a strange period of liminal existence, poised somewhere between cult successes and VOD oddities. What divides them is how they inhabit the screen. Cage is (in)famous for his bug-nuts style, dubbed mega-acting. Reeves, in contrast, keeps everything at a low simmer. It's not that there's nothing going on under the surface of his characters, it's simply that it emerges as tiny ripples. In John Wick, that's effective understatement. In misguided cybertech drama Replicas, it's sleepwalking.

Reeves has revisited the theme of tech and mind before – to great effect in The Matrix (then diminishing returns in its sequels and to risible ends in the best-forgotten Johnny Mnemonic. This time, he plays a research scientist, William Foster, working on mapping the human brain onto a robot, in theory to give dying people a second cybernetic life. When his wife (Eve) and kids die in a car crash, he decides to bring them back by copying their brains and downloading them into clones. Why not use a robot? Because so far the synthetic humans have a nasty habit of ripping themselves apart in fits of metaphysical angst.

In his cyberpunk phases, Reeves has picked films that tackle the question of perception and perspective. That's Replicas' problem; it's looking through the wrong eyes. There's no drama in William's misadventures, not least because this is one of those times when his super-low-key style undercuts the emotional weight of what he's doing. It's either that, or director Jeffrey Nachmanoff (also responsible for conspiracy thriller Traitor, but best known for writing risible eco-thriller The Day After Tomorrow) simply doesn't know how to capture his nuances. It's Eve as Mona, alive then dead then alive again, who would have something interesting to say. However, every time the script glances toward an intriguing discussion of what it is that makes us ourselves, screenwriter Chad St. John seems to panic and throw in some flat comedy (much of it provided by Middleditch as Ed, William's colleague/flunky/Igor) or an uninspired car chase. Meanwhile William, who is supposed to be some kind of neo-Frankenstein, treats these revolutionary developments in science with all the gravity of a grocery run.

St. John's script is the underlying bug in the code. Science fiction is at its best when it's a morality tale – especially when dealing with tech, such as brain mapping, that is seemingly within our grasp. Yet there's no moral or emotional weight to anything William does, even when he's forced to choose which of his children he can't bring back. A startlingly inept final act, as evil corporate boss Jones (Ortiz) blackmails William into handing over his tech and his family version 2.0 for nefarious ends, only muddies those shallow waters. Fortunately, that's easy to ignore after a mind-numbing scramble of dangling plot threads, horrible CGI, and abandoned subtexts. Ctrl+alt+delete this from your brain. 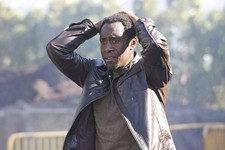 Traitor
This Don Cheadle movie is a rare Hollywood creature: an action picture with ambiguity, a blockbuster with more questions than answers, a shoot-’em-up thriller with a sense of moral and geopolitical ambivalence.