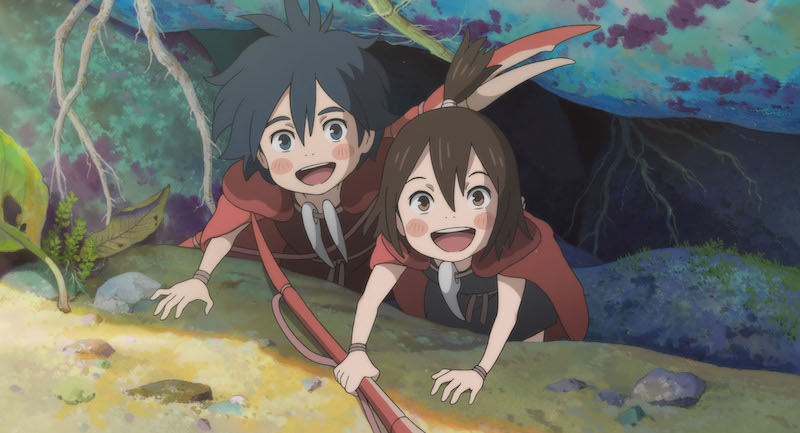 Modest Heroes isn't really a film, or even a full-fledged anthology. Instead, it's a showcase for the nascent Studio Ponoc. Founded in 2015, the Japanese animation house pulled heavily on Studio Ghibli veterans (such as The Secret World of Arrietty director Hiromasa Yonebayashi) at a time when the venerable anime studio was restructuring in the wake of the (admittedly brief) retirement of Hayao Miyazaki. Ponoc's first full feature, Yonebayashi's Mary and the Witch's Flower, really felt like a Ghibli legacy project, a fantastical reimagining of a British children's novel (as with Arrietty and Howl's Moving Castle), which is why Modest Heroes really feels like the studio's first strike out into fresh territory.

Yonebayashi directs the first and arguably safest installment, "Kanini & Kanino," a delightful tale that feels closest to his own Ghibli instincts. The adventure takes place in a small pond – which is a whole world, if you're tiny enough. A family of miniature people live under the water and in the rocks, avoiding the fish that patrol the shallows and hunting with spears made of crab claws. The merfolk speak a kind of gibberish, so the English language version keeps the original Japanese voice track, with Kimura as big brother Kanini and Suzuki as sibling Kanino. When their father is seemingly snapped up by a dead-eyed fishy predator, it's up to these two young warriors to step up and save the day.

It's the second chapter that feels like a break with the past. "Life Ain't Gonna Lose" (aka "Samurai Eggu") is a small family drama: Shun (Shinohara in the original version, Kaufman in the English dub) is a grade-school kid with a life-threatening allergy to eggs, one from which his mother (Ono, with Divergent's Maggie Q as the anglophonic analog) struggles to keep him safe. That may not sound like big stakes, but this is a child who can't even eat a cookie without inspecting the ingredients list. After nearly 50 years behind the scenes, veteran animator-turned-director Momose delivers a short story that isn't just gorgeous but also an incredibly delicate piece of storytelling. In just a few tiny flourishes, he explains Mom's loving frustrations with the son for whom she put her dreams of dancing aside, or how Shun's classmates try to get him to be less afraid of the world.

Wrapping up the trio is the most narratively experimental and mature segment. "Invisible" is Yamashita's look at – or rather through – the life of a salaryman, the kind of mild-mannered figure who disappears into the background. In the case of the eponymous invisible man (Odagiri/O'Brien), that's literally true: He's an empty suit, ignored by his workmates and held to the ground only by a fire extinguisher. He could be blown away by one of his own heavy sighs, until a moment of heroism means he's finally seen by someone else.

That's where the title that binds this slight collection together comes in. Whether they're small, or young, or shy, these are all truly stories of modest heroes, their little braveries filling the screens as much as grand theatrics would. At the same time, the writer/directors all give something unique – both visually and from a storytelling viewpoint – and that's a bold and heartening sign for Ponoc's future. 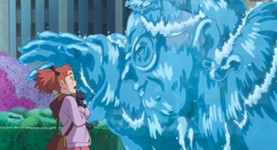 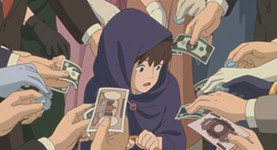