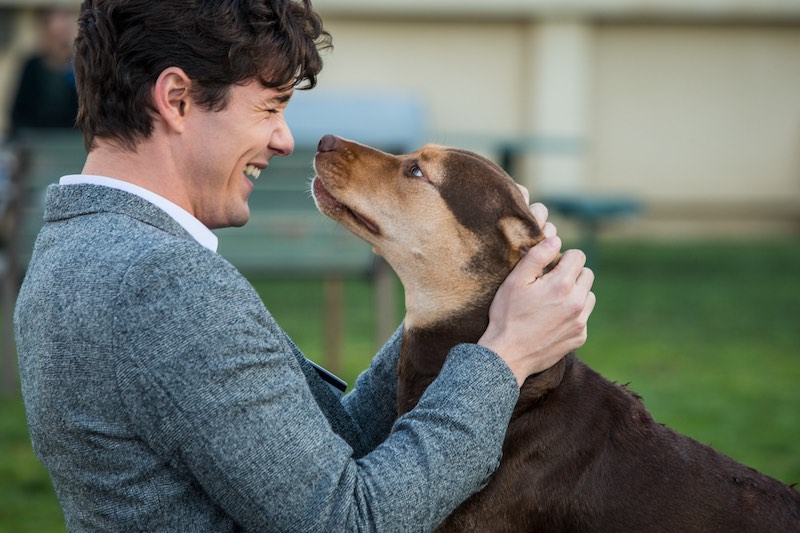 Ever since Lassie trekked across Scotland and made her way back to Roddy McDowall’s schoolboy arms in 1943, popular cinema has embraced the story of a lost dog finding its way home over hundreds of miles, the canine’s compass magnetized by his or her unconditional love for a master patiently hopeful for the pet’s return. You’d have to be a heartless animal hater to pretend to be unaffected by the inevitable reunion of dog and owner in those last reels.

In A Dog’s Way Home – which is pointedly not a sequel to the ethically challenged 2017 film A Dog’s Purpose (the follow-up to that controversial film will be released in May) – the mixed-breed Bella traverses a circuitous incredible journey of over 400 miles from northern New Mexico to Denver, Colorado, to reunite with her owner (Hauer-King) after the enforcement of a ridiculously discriminatory but longstanding municipal ordinance banning the ownership of pit bulls within the Mile High City’s municipal limits forces her from her home. This pet prohibition, applicable even to mixed breeds, is apparently a real thing. WTF!

In making her way back to her heartbroken caretaker across a beautiful Golden State landscape, the sweet-natured Bella (voiced by a treacly Howard, who often sounds like Sally Field) experiences a multitude of encounters that challenge her conviction to find the only family she’s ever known. It’s like one of those sentimentally charged Sixties-era, hourlong episodes of The Wonderful World of Disney, albeit with an extra 30 minutes tacked onto it for theatrical release.

The narrative fashioned by screenwriters W. Bruce Cameron and Cathryn Michon (based on the former’s book) is discernibly bare-bones in execution. See Bella separated from her stray mother as a puppy, then suckling a feral mama cat, then chasing a squirrel up a tree after being adopted by a good-looking young man devoted to his PTSD-afflicted mother (Judd). And on her journey hundreds of miles home to her separated family, Bella confronts (among other things) scavenging coyotes, an avalanche, and a well-meaning homeless man in her path, like some canine Candide whose fate temporarily lies in the hands of other events. (Luckily, the boilerplate gay couple that temporarily adopts her is presented in a positive light.) Some kids may find the whole affair traumatic, particularly when the poor pooch finds herself dehydrated and chained to a corpse in the wilderness. Then again, that’s nothing compared to those same kids’ parents’ recollections of a Disney flick in which a tearful boy must shoot his rabies-inflicted yeller dog in the end. Bless the beasts and the children. 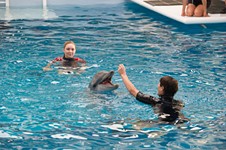 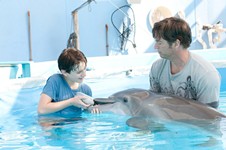