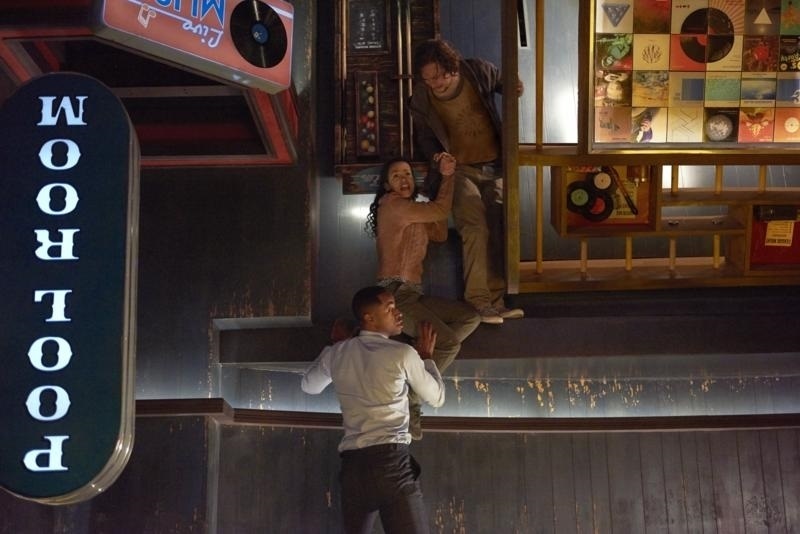 As far as months go, January is not particularly kind to studio horror films. Insidious: The Last Key underwhelmed in 2018, as did The Bye Bye Man in 2017, as did The Boy the year before that, and on, and on, and on. Even if January releases offer fans an opportunity to form their own opinions  – avoiding the consensus-building that often happens in the wake of major film festivals  –  the juice here is rarely worth the squeeze.

So how will horror fans receive Escape Room, a film that promises little but packs a surprisingly effective punch? Zoey (Russell) is a college student with a head for puzzles and an empty social calendar. When she receives a cryptic invitation to participate in a new escape room, she finds herself among an odd assortment of teammates. One (Daredevil's Woll) is a former soldier looking for peace; another (Miller) is a local burnout just looking for a way to clear his head. As the full group discovers that this particular escape room is more dangerous than it looks, they must work together to survive, even if it means sharing their own personal traumas.

Given the formula the film seems determined to run with  –  a social trend already past its prime combined with an underwhelming PG-13 rating  –  it’s easy to think you have Escape Room figured out. Not so fast. Adam Robitel, director of the aforementioned Insidious film, has created a multiplex-friendly version of Cube, right down to the mathematical puzzles and the moments of self-sacrifice. On top of that, Robitel and his production team manage to turn each separate room into a thrilling set-piece. The highlight is the third room, an upside-down pool hall with a collapsible floor that requires the survivors to climb their way across jukeboxes and bookshelves to find the clues. From a purely visual point of view, Escape Room is worth the price of admission.

What cements the film’s status as a rock-solid studio horror release is the acting. While few cast members are recognizable outside of genre television shows, their collective talent creates a group of misfits likable enough to give the film bona fide emotional stakes; while the cast is without a weak link, Woll and the criminally underappreciated Labine are especially strong. And in rooting each character’s backstory to his or her physical environment, Escape Room does something often forgotten by second-tier horror films: It makes people’s reactions to life-or-death situations a direct response to the trauma they’ve overcome. By the time characters are forced to make hard decisions, everything feels like a natural extension of what we know about them, not a moment reverse-engineered for a set-piece.

Sure, Escape Room is not perfect, even by studio horror standards. The movie spends a bit too much time explaining in its final minutes while simultaneously setting itself up for a bigger and louder franchise. But if you’re looking to cleanse your palate after December's litany of prestigious releases, you could do a helluva lot worse than a film like this one. 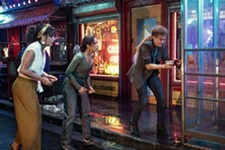 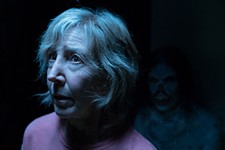