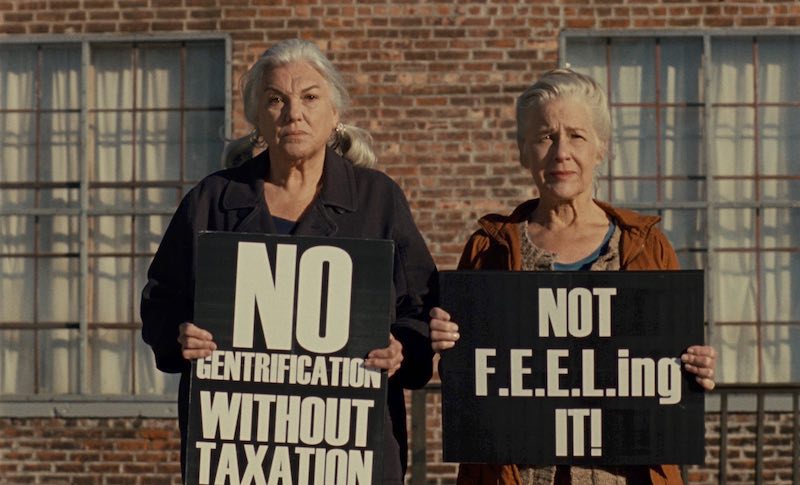 A Bread Factory, Part One

Where to begin with part one of Patrick Wang’s bifurcated epic (well, maybe opus is more suitable)? Let’s begin with the idea of quirkiness as a filmic device. You often don’t know it’s in play until you realize that has been the driving force of the entire narrative. Robert Altman seemed to rule the roost with this particular dynamic, with his method of throwing an ensemble cast into a story and letting them, in essence, figure it all out. That is not at hand here, as Wang’s film(s) are incredibly precise in what they are trafficking in.

And that is this: a story that seeks to deconstruct a small town in upstate New York, the fictional Checkford, through the lens of an art space run by Dorothea (Daly) and Greta (Henry-Macari). Housed in an old bread factory, the duo have been staging theatre, hosting filmmakers to screen their films, and reaching out to teach the youth about the importance of art, in all its messy glory, for 40 years. Conflict appears in the form of a new art collective, May Ray, which has descended on Checkford (for reasons still unknown), trafficking in an aesthetic that is a hollow and gimmicky shell that makes for most of this film’s satire. There is also a throughline plot about school arts funding, and the votes that will make or break it, that provide more tension, should you embrace characters continually haranguing other characters on their views of what art is, and how to vote on it.

However, the film is episodic and often veers into hit-or-miss flights of fancy. There's the age-old actor still holding a grudge from a bad review so long ago and a combative filmmaker angrily engaging in a post screening Q&A (a cathartic scene for many, I suppose, with the requisite “What was your budget?” question taken to task). Yet there is also the story that Wang teases out – and there is a lot going on here – of Dorothea and Greta, a couple who just want to put on a new version of Euripides’ Hecuba, and in doing so save their beloved small-town hub and keep bringing the arts to the people. The May Ray collective seems to be more of a canard than anything else (“We are history” is their tagline), but it’s good for a couple of laughs. As is Simon (Cooke), my favorite character, a 12-year-old projectionist who is wise beyond his years. It’s all a very heady stew, and the fact that this is just the beginning sometimes makes it feel like a slog. Yet there are moments that shine so bright – where you see what Wang is working at – that they make the film hum. It is in those scenes that A Bread Factory finds its footing.

Read our review of A Bread Factory, Part Two here. 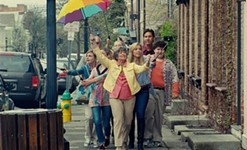