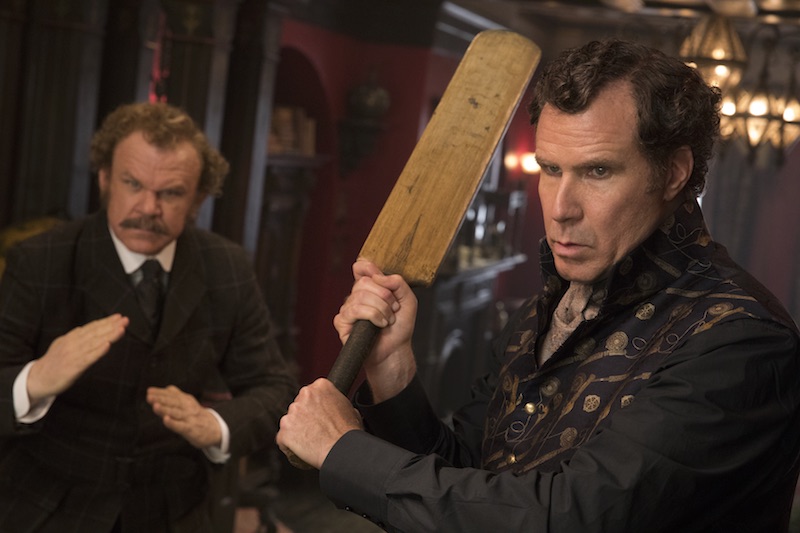 This isn’t the first comedic take on Sir Arthur Conan Doyle’s beloved consulting detective and his loyal friend Dr. John Watson, but it might be the last. Judging by the near-deserted screening I took in, interest has waned in the interim since Benedict Cumberbatch hung up the (much loathed) deerstalker and Robert Downey Jr. returned to avenging things and tormenting Captain America.

Both of those recent incarnations of Sherlock Holmes arrived with their own unique senses of humor and both were products of their exact moments in the cinematic zeitgeist. Holmes & Watson, however, feels immediately dated and inconsequential. More to the point, it’s simply not terribly funny, with the Step Brothers duo of Ferrell and Reilly turning in some of the most unmemorable gags in recent memory. The blame for this falls squarely on director/writer Cohen (the equally unfunny Get Hard), who packs the film with broad slapstick – something Ferrell and Reilly conceivably do in their sleep at this point – and weirdly out-of-place references to Donald Trump, James Cameron’s Titanic, and the very modern mysteries of drunk texting and selfies. Combined with some awfully lazy riffs on Holmes’ fondness for his "seven-per-cent solution," Holmes & Watson is not so much a case of whodunit as it is a question of why bother.

The plot, such as it is, finds our heroes charged with protecting the Queen (Ferris) after a body is found inhumed in Her Majesty’s birthday cake. All clues point to Holmes’ eternal nemesis Professor Moriarty (Fiennes), but the Batman of Baker Street – Holmes' origin story, one of the few truly inspired comic bits on display here, opens the film with a promise that goes unfulfilled – deduces otherwise, much to the irritation of inspector Lestrade (Brydon, who cameos alongside fellow traveler Steve Coogan). Trainspotting alum Macdonald, as the duo’s randy landlady Mrs. Hudson, is a high point in this determinedly lowbrow affair, as is Hugh Laurie’s brief take on Mycroft Holmes, but ultimately it’s Ferrell’s incessant improvisational mugging, so often his strong suit, that grates. To paraphrase Doyle’s original version of 221B Baker Street’s most famous lodger, when you have eliminated the character’s impossibly droll wit, whatever remains, however improbable, must be hilarious spoofery. Sadly, this is not the case with Holmes & Watson, which wallows in elementary-school pratfalls and sophomoric, unfunny farce for the duration of its running time. 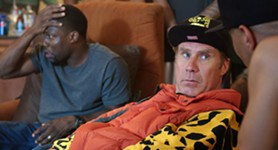 Get Hard
Send this one directly to comedy jail