There is probably no veteran director more adept with or open to the possibilities of CGI in storytelling than Robert Zemeckis. Take 2015's vertigo-inducing The Walk, which walked a tightrope at the edge of the technology to awe-inspiring effect. But then it's impossible to ignore Polar Express and its dead-eyed avatars or his clunky, revisionist Beowulf. The more he dances with computer-assisted imagery, the more he soars. The more he depends on it, the more he gets mired in the mud of the uncanny valley.

There's a weird energy between Welcome to Marwen and his last project, the ill-considered period spy drama Allied. Both involve an artist creating their version of World War II. But while Zemeckis had a whole studio at his disposal to paint Morocco in 1943, Mark Hogancamp only has some dolls, some wooden buildings he put together, and an old camera to take snapshots.

If the name Mark Hogancamp seems familiar, it's because the real man was the subject of the award-winning documentary Marwencol, the extraordinary and moving story of how he used these toys, and the narrative he created with his photographs, as a kind of rehabilitation after a barroom beating that (as he puts it) kicked all his memories out of him. In his fictional Belgian town, his avatar is Hogie, an American pilot shot down by Nazis, now running a bar called the Ripped Stocking with the aid of the women of the town (all based on real people in his life).

It's a fascinating and bold story for Zemeckis to take on. Hogancamp's fantasy world is far from politically correct (Hogie's bar makes its money from pro-wrestling catfights between the women – a fact Zemeckis omits), and there's the emotional complexity of how he processes his real life through the dolls. That's not even mentioning that the beating that left him with permanent brain damage was a hate crime sparked by his love of wearing women's shoes.

However, Zemeckis doesn't just stick with the human narrative. Instead, he takes a Hogie's eye view of the world, with long sequences with the dolls (in motion-captured performances by Carell and the rest of the cast) fighting off Nazis, and hanging around in the Ripped Stocking. The effect – coating characters with a plastic sheen, then adding ball sockets and jointed limbs – becomes less off-putting over time, and Zemeckis executes it all seamlessly, but it's always noticeable.

Bizarrely, the human-doll mishmash is the least unnerving component of the story. What takes the cake is Zemeckis smashing himself into the narrative, with an egregious and self-indulgent sequence homaging his own career-defining time-hopping story, Back to the Future. And it's not a small nod, either. Rather, it dominates much of the last act. If this were a standard Hollywood narrative, that would be fine; but in a biopic about someone who has gone through so much, that intrusion is jaw-droppingly misguided.

For fans of the original documentary, the license taken by Zemeckis and co-writer Caroline Thompson with the real story may often seem a glaring attempt to sand down the edges of a complicated life. Carell does his best to explore Mark's relationship with Hogie, but most of the supporting cast get little more than passing references. It's left to Mann as new neighbor Nicol to act as the counterpoint, but her character is little more than a mirror. There's far more nuance in Roberta (Wever), who runs the local toy store that Mark frequents, but she too quickly falls by the wayside.

Ultimately, this is the best version of this story that the CG-obsessed Zemeckis could have possibly produced. But just because he could make it, that doesn't mean he should. 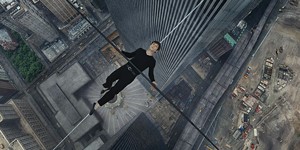