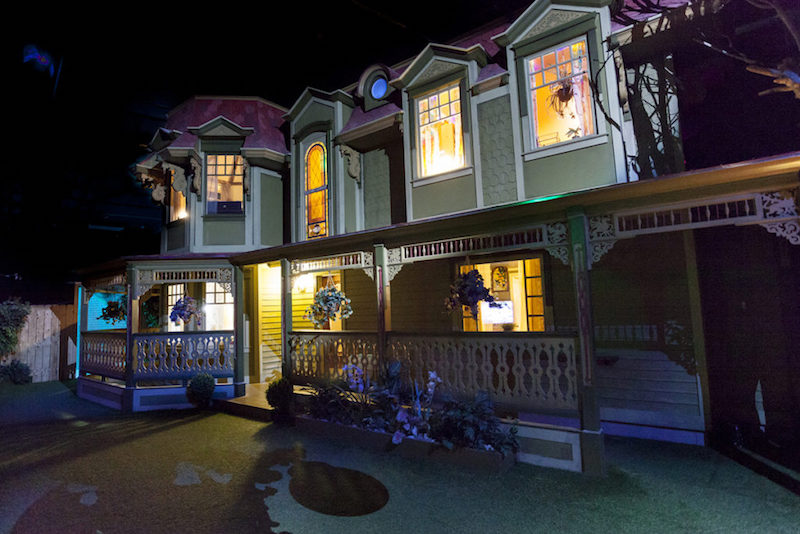 I once had a roommate whose decor choices predominantly leaned toward Southwestern art: turquoise tchotchkes, Navajo blankets, and landscapes dotted with pueblos under big skies of vibrant red and orange. It was horrible, and the disappearance of a certain dreamcatcher is a mystery that remains unsolved to this day. And yet, it was hard to blame the guy. He grew up in Santa Fe, N.M., and that was his aesthetic. It appears he was not alone in this, as that city has the third-largest art market in the United States. But that scene is an insular one, full of gatekeeping, an adherence to a particular style, and most likely, tourism. Which is how the art collective Meow Wolf was birthed, as documented in this film that premiered earlier this year at SXSW.

What is Meow Wolf? Oh, just your average ragtag, informal group of disenfranchised creatives living in Santa Fe and wanting absolutely nothing to do with the status quo of the local art scene. In Morgan Capps and Jilann Spitzmiller’s exhaustive examination of their growth from conception to eventual wild success, the filmmakers deftly meld footage of the collaborative artistic process, frank and intimate interviews, and the eternal debate of not just art vs. commerce but, more importantly with this particular group, a push and pull between chaos and structure.

Meow Wolf’s artists create elaborate, immersive spaces for patrons to navigate in an interactive and tactile way, and in the early days they were nomads, creating spaces of psychedelic reverie and performance art and music in various temporary venues, often catching heat for overcrowding and janky electrical setups. But it was all in the name of art. As one member put it, “We don’t know what we’re doing, and we don’t care.” But, as their shows and performances became more popular, it became apparent that some sort of structure had to be implemented if they were going to be able to continue these very ambitious endeavors. The idea of radical inclusivity within a “punk rock nursery school” sparked often contentious debates. When future COO Sean Di Ianni brought an actual agenda to a meeting, it was immediately balled up and thrown to the floor. That becomes the main friction of the second half of the film, because anytime someone wants to exert even a modicum of mild control upon a collective, intensely artistic group, the bristling and resentment begins. But Di Ianni, along with key producer David Loughridge, keep pushing for a permanent space, and an abandoned bowling alley looked promising. They reached out to none other than Game of Thrones author and Albuquerque resident George R.R. Martin, who agreed to become a silent partner in the purchase. And from there, Meow Wolf soared, both financially and – arguably – creatively.

With newfound capital inevitably comes the red tape of bureaucracy, and as Meow Wolf began to expand, with eyes on spaces in Denver, Houston, and Austin, the practical aspect of this art movement, now a business and a brand, lurched into a new model. Artists were able to have an actual salary, and most of the profits went right back into making the art itself. A complex and fascinating look into a convergence of creativity, money, and iconoclasts, Meow Wolf: Origin Story is a tale that to my knowledge has no precedent. And while Meow Wolf might not be to everyone’s tastes, they are trailblazers. I’ll take their elaborate and inventive installations over pastel desert paintings of horses and clouds any day of the week. 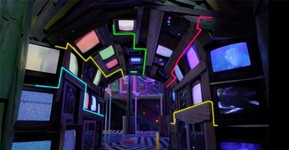