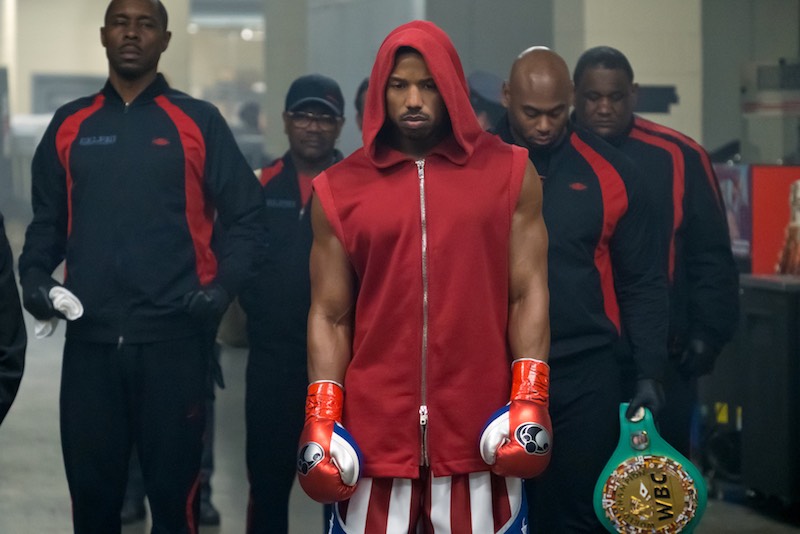 In the beginning, Sylvester Stallone created underdog Rocky Balboa in a heart-tugging 1976 movie set in the boxing ring, and it was good. And lo! Someone said: "Let there be sequels." Upon this word, Roman numeral begat Roman numeral, until the exhausted franchise expired 14 years later with Rocky V, only to be briefly resuscitated in 2006. All remained quiet again in this near-biblical narrative until the resurrection of Balboa as a supporting character in the 2015 film Creed, whose protagonist, the aspiring boxer Adonis “Donnie” Creed, is the illegitimate son of Apollo Creed, Balboa’s one-time professional nemesis who died in the Italian Stallion’s arms after Soviet prizefighter Ivan Drago inflicted a fatal blow to the head in the first Cold War showdown in Rocky IV. That fateful fight over 30 years ago provides the psychological motivation for the grudge match between the sons of the deceased Apollo and the disgraced Ivan in Creed II, the thoroughly predictable but nevertheless pleasurable latest chapter and verse in the Book of Rocky.

The movie’s narrative arc begins with the younger Creed (Jordan) winning the world heavyweight championship against a less-than-formidable opponent, creating a void into which Ukrainian pugilist Viktor Drago (a formidable Munteanu) enters to challenge the new champ in a revenge bout brimming with backstory. Creed’s trainer and mentor, a newly cancer-free Balboa (Stallone), disapproves of his protégé’s decision to accept the fight, only to later return to whip a beaten-down Creed into shape for a rematch with the animalistic Drago on his home turf of Moscow. (The déjà vu here is relentless.) While Stallone did not contribute to the surprisingly fresh script of the initial Creed, his mawkish co-screenwriting fingerprints are all over this follow-up, down to the old-man mumblings interspersed with Yoda-like aphorisms of his now-sagacious character. How else can you explain a movie featuring not one but two(!) graveside soliloquies?

The casting is solid, with an even more pumped-up Jordan once again anchoring the movie as the conflicted young boxer in the title. But it’s the underdeveloped villains of the piece who ultimately prove more intriguing, despite their one-dimensionality. As the junior Drago, the 6-foot-4-inch wall-of-muscle Munteanu – whose biceps measure the size of cantaloupes – glares with such a ferocious hunger he burns a hole in the screen, while Lundgren’s return to the role as the embittered senior Drago subtly hints at the shame the character experienced upon losing the final round in the rematch that ends Rocky IV. And then there’s an ageless Nielsen reprising the near-wordless role of Ivan’s ex-wife Ludmilla, immediately recognizable in her short-cropped coiffure gone white. She’s a haunting specter whose estranged relationships with her former husband and grown son present an untapped storyline possibly worth exploring in an entirely new franchise. Unlikely, you say? Never underestimate the power of Rocky. 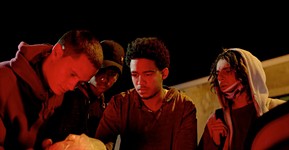 The Land
Teen skaters get caught up in the drug world