When it comes to buddy comedies, The Long Dumb Road isn’t exactly forging new territory. It’s a bit like Planes, Trains and Automobiles refitted for the 21st century, yet it’s grounded in a nostalgic sense of kismet that predates using an app to order rides from strangers. Nat (Revolori) embarks on a road trip across the Southwest, leaving Austin to drive to L.A. for art school. After experiencing some car trouble in Fort Stockton, he meets Richard (Mantzoukas, looking like the embodiment of all hell breaking loose) as he’s getting fired from a mechanic job. After getting the car going Nat uneasily agrees to let Richard hitch a ride to Alpine, setting off a series of events, snags, and missions that reveal both parties wind up with more than they bargained for.

The success of the film relies heavily on the chemistry between the actors and a witty script riddled with ironies, written by director Fidell (her first comedy after two Austin-set dramas, A Teacher and 6 Years) and Carson Mell (Another Evil) – though it was revealed during a post-screening Q&A at the Austin Film Festival that the movie was about 70% scripted and the rest was improv. Mantzoukas’ Richard is similar to The League’s Rafi without the jokes centered around feces, and he’s generally less lewd. His outsized personality would be grating if it weren’t for the childlike innocence he incorporates into the role, like when his eyes go wide talking about his favorite wrestler, The Rock. Revolori’s Nat serves as the straight man: All uptight scowls, puppy-dog eyes, and a naïve sensibility about the ways of the world. This yin and yang of personalities creates a sort of commentary on class structure. Nat comes from a well-to-do family and has lived a rather sheltered life, even by his own admission. He’s searching for “America at its purest” through his photography (and that overly romanticized American ideal known as the road trip), snapping pictures of strip malls and locals in a Marfa bar (much to their chagrin). Richard eagerly takes on the “big brother” role, enlightening Nat on the subjects of fast food restaurant etiquette (“You’ve never worked in a place like this. I have.”), cunnilingus, and bar fights. Nat doesn’t bring much to the table in this regard, but his brooding simplicity allows room for Richard to loosen a few hang-ups.

Two supporting characters – Ron Livingston’s suburban, Prius-driving gangster Francois and Pamela Reed’s part-time park ranger who picks up the pair after yet another mishap – are particularly colorful and highly entertaining. They also break up the staleness of two people breathing each other’s air for 90 minutes, while the film takes a detour into action-genre territory. But just briefly. The road might be long and dumb, but it (usually) gets you to where you need to be.

For an interview with Hannah Fidell, see The Pros and Cons of Hitchhiking," Nov. 16. 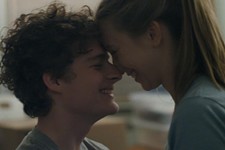 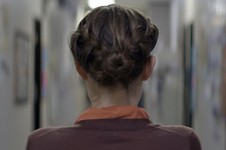