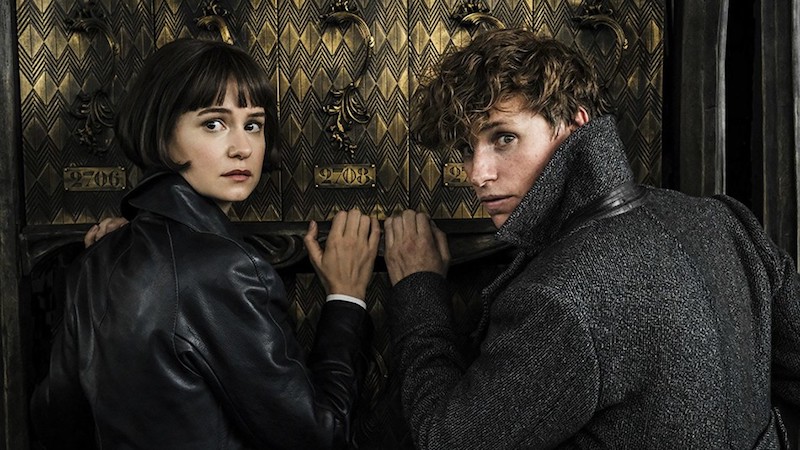 Fantastic Beasts: The Crimes of Grindelwald‎

One of the disappointments of 2016’s Fantastic Beasts and Where to Find Them was that it poured so many resources into crafting those fantastic beasts, crafting a compelling story seemed like a task on the to-do list that never got crossed off. Sequel The Crimes of Grindelwald – the second in a proposed five-film series set roughly 60 years before the birth of a certain boy wizard named Harry Potter – does an about-face, backgrounding the magical creatures and crosshatching a half-dozen (at least!) engrossing plots and character pairings. It’s an improvement in almost every way.

Tough takeoff, though. Returning director David Yates (who also saw the HP series through its last four films) hurls The Crimes of Grindelwald almost immediately into an airborne action sequence. Darkly shot and disorienting, it feels like a dry run for a future theme park ride, and its focus on the power-hungry wizard Grindelwald – aka beta Voldemort – isn’t exactly a best-foot-forward way to open the film. The casting of Johnny Depp as the series’ big baddie Grindelwald still rankles; was it really so impossible for Yates and writer/producer JK Rowling to locate an actor not already complicated by unsavory behavior offscreen and, onscreen, a frankly tired proclivity for playing weird dudes in outré makeup?

It’s a thorn in the side of what is otherwise an exquisitely cast picture. Eddie Redmayne – nominally the lead, but really more a calming buoy in a very busy movie – returns as the magizoologist/righteous nerd Newt Scamander, who is tender with the creatures in his care but pretty hopeless when it comes to talking to his crush, no-nonsense American auror Tina Goldstein (Waterston). Tina’s sister, the sweet, guileless Queenie (Sudol), is still head over heels for good-hearted baker Jacob Kowalski (Fogler), who can’t do magic. In the 1920s wizarding community, that kind of love affair between a witch and a no-maj is verboten, lending them a star-cross’d quality that plays out in other permutations among the new – uniformly terrific – additions to the cast. That includes Zoë Kravitz as Leta Lestrange, haunted by a secret and stuck between her first love and her new fiancé; Claudia Kim as Nagini, a maledictus doomed to eventually transform full-time into a snake, something that’s exploited in the wizard-world freakshow circus where she bonds with another tortured soul; and Jude Law, as an impish young Professor Dumbledore, who recruits Newt to track down Grindelwald because Albus can’t, or won’t, move against the once-cherished man he sees in the Mirror of Erised.

Does it matter if the names Lestrange, Nagini, the Mirror of Erised don’t ring any bells for you? Not exactly – the film still works as its own contained universe – but it’s a far richer experience if you can call on seven books, eight films, Pottermore marginalia, and Rowling’s own Twitter musings. Alternately, not knowing what a flash of green light means – that’s the killing curse, folks – takes the edge off of some of the more chilling moments in the film. Still, this might be too intense for younger viewers, especially with the reduced screen time for all those cute AF beasts. (Do not fear! The duck-billed niffler is back, and eagerly awaits your Christmas plush toy pre-orders!) The stunning art deco design and slinky costumes probably won’t do much for kiddos, either, and what’s definitely gonna fly right over their heads are the implied parallels to despots of yesteryear and righthererightnow. Indeed, the film’s best action sequence isn’t the hurly-burly stuff, all digital effects overload. It’s Grindelwald riling up his base without raising his voice, convincing the elite they are in fact the oppressed and encouraging their worst tendencies to nativism. It’s the opening salvo in a battle for wizards’ hearts and minds, one that will presumably dominate the rest of the series. On the strength of this sequel – a dense yet deft return to the high standards Yates set with the Potter films – count this Muggle’s heart and mind all in. 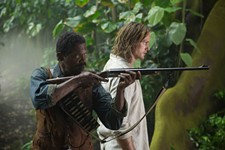 The Legend of Tarzan
This new take on Tarzan, with its CGI jungle animals, isn't half bad