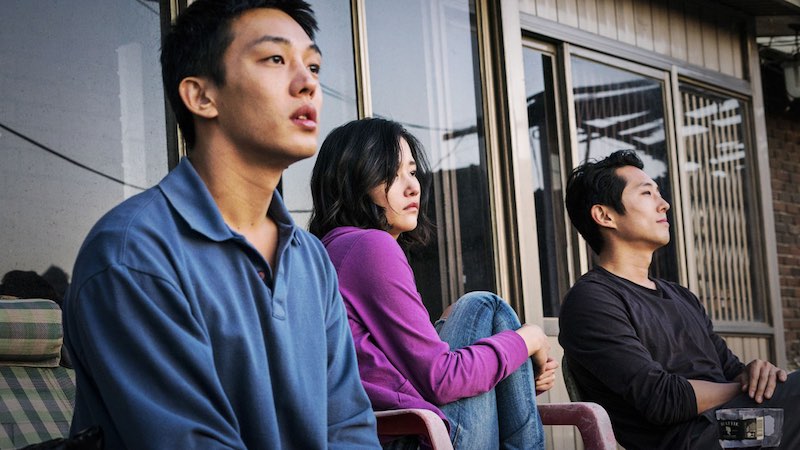 South Korea has perfected the revenge thriller, so it was only a matter of time before great auteur Lee Chang-dong stepped up to the plate to join the likes of Park Chan-wook and Kim Jee-woon. With Burning Lee has molded a psychological masterpiece that will leave you full of doubt, dread, and searing questions about morality.

When Jong-su (Ah-in) rekindles his childhood friendship with his old neighbor Hae-mi (Jong-seo), he didn’t expect it to go south so rapidly. The glittering magical spark between them immediately halts when Hae-mi returns from a trip to Africa with Ben (The Walking Dead's Yeun), a mysteriously rich boy who drives a flashy Porsche and makes fresh pasta in his meticulously designed apartment. He’s an enigma – the Jay Gatsby to Jong-su’s Nick Carraway.

Hae-mi’s placement with these boys is just as perplexing. A kind and observing soul, she is passionate about African tribal dancing, cries at sunsets, and can fall asleep at any restaurant. She’s in between two men who don’t deserve her effervescent light, but her lonely heart pulls her toward these boys who take advantage (both willingly and unknowingly) of her pain.

Then she disappears: disconnecting her phone, changing the code to her apartment, and taking her elusive cat Boil with her. This crushes Jong-su, who (misguided intentions aside) just hopes she is alive. However, she leaves a disjointed trail of breadcrumbs behind her, riddling Burning with ambiguity, creating a complex and utterly engaging work of art.

Lee’s patience with telling his story keeps Burning enthralling. It doesn’t look or feel anything like the South Korean revenge thrillers before it, moving gracefully at a quiet pace. It’s the opposite of the norm: It doesn’t have horrific twists like Oldboy, or grotesque and grisly action sequences like in I Saw the Devil. Instead, Lee transforms the quintessential and iconic genre into something that feels gentle, which surprisingly heightens the thrill.

Not only does Burning subvert the expectations of pacing and storytelling when it comes to the genre, Lee also takes pride in padding out his characters, deeply diving into their psyches and letting the audience immerse themselves into their oddball lives. The dichotomy between Jong-su’s and Ben’s two distinct versions of masculinity is wildly engrossing. Jong-su’s jealousy palpitates as Ben and Hae-mi become closer, and his spiral downward when Hae-mi eventually disappears is eerie and treacherous.

Lee keeps Ben at a distance, but only just enough to make his character a little bit of an enigma so the audience doesn’t question Jong-su’s doubts about him. He’s the untrustworthy rich guy who comes in and sweeps Hae-mi off her feet, slowly building a wall brick by brick in between her and Jong-su. His friends seem shallow, and his at times blatant disinterest in Hae-mi’s quirky, innocent antics is slightly off-putting. He’s a private person whose actions are hard to decipher; is he being genuinely kind, or is he hiding a darker self? There are moments where he feels like a monster, like when he mentions burning down greenhouses, but other times where he just seems private and misunderstood. It's as if we’ll never fully see Ben’s true self through Jong-su’s eyes, because we’re programmed to distrust him.

But was it actually Hae-mi who Jong-su should have been wary of all along? Seemingly the manic pixie perfect dream girl type, when she disappears there are fragments of her stories that don’t quite add up. It’s this doubt that drives Burning, and with it Lee molds a twisted tale where three unlikely characters meet another and quietly destroy each other inadvertently.

For an interview with Steven Yeun about making Burning, read "Immigrant Song." 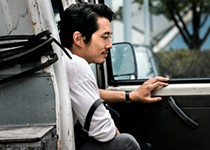 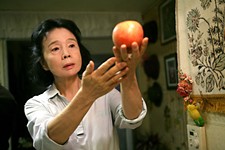 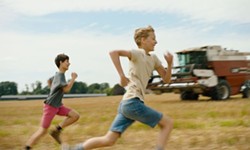 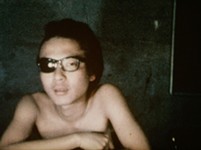