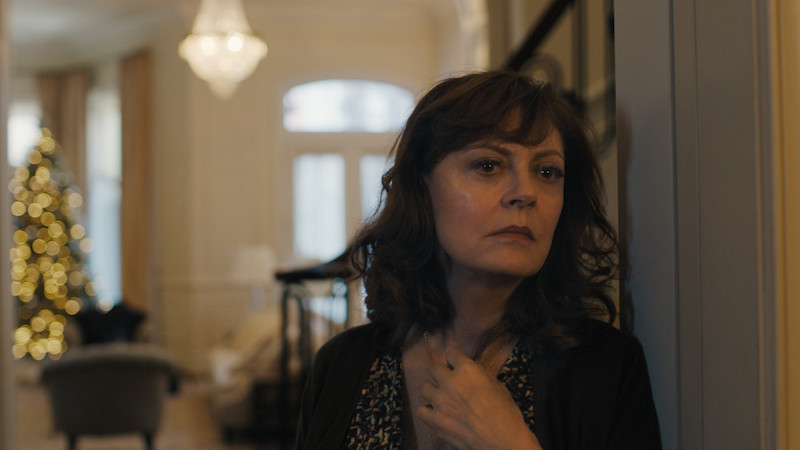 Governmental bureaucracy, good God y’all, what is it good for? Absolutely nothing in this YouTube Premium feature that follows the endless travails of a nurse, Helen (Sarandon, nicely underplaying), whose conflict zone videographer son Andy (Morris) has been captured by ISIS in Syria. Although the story feels plucked off of the front page of The New York Times while the ink’s still wet, the film only barely reaches the dark, broody gravitas it strives to achieve in fits and starts. Iranian-American director Keshavarz utilizes the always reliable Sarandon to fine effect, but the final takeaway is less than riveting, more home front PTSD-to-be than pick your Liam Neeson as avenging progenitor flick. (Probably for the best, really.)

Viper Club opens with Helen videotaping a message to the terrorists who have abducted her son and are demanding $20 million for his safe release, an inordinate sum for a mother on a nurse’s salary. As it turns out, she’s being coached by the shadowy group of the title, a collection of both relatives of former kidnappees, wealthy donors, Middle Eastern go-betweens, and the like. The harsh, horrible truth, as Helen has already learned, is that the United States does not negotiate with terrorists, much less cough up ransom money for journalists who “knew what [they] were getting into” to begin with, as one Federal Agent succinctly puts it. You can see where this is going.

Nevertheless, Sarandon’s performance as Helen is a model of stoic rectitude. When the FBI and the CIA warn her that any attempt on her part to negotiate with Andy’s kidnappers will result not only in her arrest but also in the arrests of anyone else involved, family, friend, or otherwise, she persists through gritted teeth and furrowed brow with an assist from the wealthy Charlotte (Falco), who’s already been here, done this.

Oddly, and despite Viper Club’s of-the-moment storyline, the film ultimately fails to elicit the strong emotional response one expects. Rage at the government’s infinite miles of red tape and the dramatic risks of going behind the backs of the most cutthroat agencies in D.C. should fuel a steadily mounting thriller, yet this otherwise well-done film simply fails to raise the hackles, much less the heartbeat. 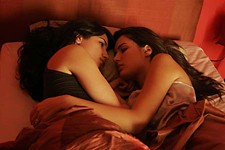 Circumstance
This Iranian film about two girls who begin a secret relationship is as much a political statement as it is a love story.