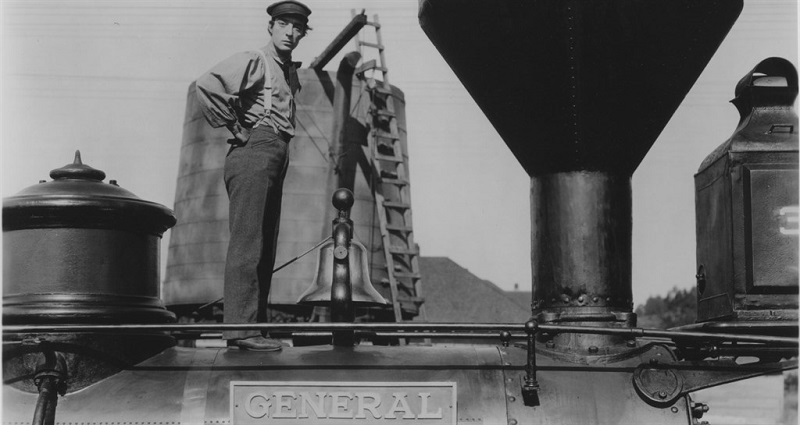 The Great Buster: A Celebration

For director and narrator Bogdanovich, it's a crime that too few people realize how astounding and innovative the great stuntman, comedian, and filmmaker Buster Keaton truly was. Aside from highlight reel moments that everyone knows – the train on a collapsing bridge in The General, the house front falling gag in Steamboat Bill, Jr., the train track bait-and-switch from "One Week" – he's mostly forgotten.

This archival-style documentary is intended to revive his memory, and mostly that's achieved by a well-researched lecture. Classic clips are enhanced by interjections from a who's who of his heirs – Johnny Knoxville to discuss his riskiest stunts, Quentin Tarantino on how he revolutionized the action sequence, and Mel Brooks, tackling how he dared to violate the fourth wall to enhance the gag. Avoiding the classic rise-and-fall narrative, Bogdanovich chronicles his entire life as one long sentence, placing as much emphasis on his vaudeville childhood as his run as king of the silent two-reel comedies as on his revival in swinging Sixties teen bait like How to Stuff a Wild Bikini. However, this steady pace means that he reaches Keaton's death in 1966 after only about an hour, leaving plenty of time for a half-hour master class in the best of his work. Drawing from what is seen as his finest work – the early run of silent shorts and features culminating in 1928's Steamboat Bill, Jr. – Bogdanovich narrates the most extraordinary moments of close-up slapstick and derring-do with equal fascination. But mostly what he does is let them play out with the occasional factoid, so the audience can appreciate just how impeccable Keaton's work was.

It's most reminiscent of Adam Simon's sadly underseen biography of Sam Fuller, 1996's The Typewriter, the Rifle & the Movie Camera, which had an equally star-studded cast of cinematic notaries explaining how significant the filmmaker was to the history of the movies, even if contemporary audiences didn't realize it. Yet for all its detail and academic rigor, there's oddly very little sense of Keaton himself. Simon had a lengthy interview with Fuller, conducted by Tim Robbins, to add a degree of intimacy. But even with the wealth of archive footage, Bogdanovich never truly puts a crack in the facade of the man known as the Great Stone Face; wives come and go, children are born, alcoholism just seems to happen, but even with endless biographical facts, he remains an enigma. Maybe that's why that third act is the most successful: Bogdanovich highlights the work, rather than the man, and that alone is a master class worth taking. 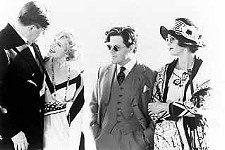 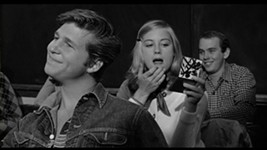 The Last Picture Show
Larry McMurtry's novel is the source for this indelible slice of small-town Texas life. An incredible cast of actors (many of them newcomers) ensure this ...