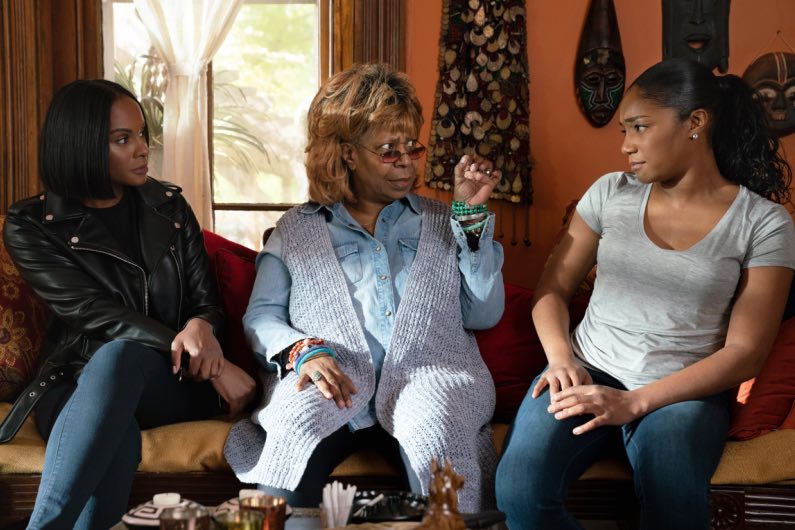 Current “it girl” Tiffany Haddish blows through nearly half of Tyler Perry’s Nobody’s Fool with the fierce gust of a hurricane wind, challenging the mediocrity of this otherwise typical Tyler Perry output whenever she’s onscreen. As her breakthrough 2017 film Girls Trip amply demonstrated, she’s a comic force of nature to be reckoned with. But in this step-down role of a perpetually horned-up and toked-up parolee running interference in her wound-up, straight-arrow sister’s love life, Haddish frequently resorts to some ham-fisted mugging to get your attention, rasping that hoarse voice and sticking her tongue out to signal her sheer delight in the absence of any directorial boundaries. Don’t get me wrong: This is often some funny-ass stuff, and Haddish categorically owns it with her raw and brilliant talent. (When she sets Chris Rock’s Jheri-drenched ‘do on fire after he speechifies about wheelchair sex, the movie reaches its nutso apex.) But where the good-time girl role of Dina in Girls Trip was a flesh-and-blood character we’ve all encountered in the younger stages of our lives – that trusted friend who’s the life of the party, and yet the most likely to stop it cold – the more undisciplined role of Tanya in this movie plays like a version of Dina’s greatest hits. It’s only one year later, and Haddish may be on the verge of already parodying herself.

While Haddish blasts with the potency of a Category 5 storm in the movie’s first half or so, she’s subsequently downgraded to infrequent appearances as the love story between Tanya’s deluded sibling Danica (Sumpter) and good-guy coffee shop owner Frank (Hardwick) predictably takes front and center, with its Perry-patented will-he-or-will-she storyline playing like something written on the back of a paper napkin. (Their fade-in, fade-out love scene featuring glimpses of bare bodies orchestrated to late-night booty music may be the biggest laugh-getter in the movie, albeit unintentionally so.)

Furthermore, while the catfishing subplot comes full circle (MTV celebrity hosts Nev Schulman and Max Joseph make an extended cameo appearance here, uncomfortably squirming as an unrelenting Tanya hits on them), its conclusion makes no logical sense, except in the universe of its would-be auteur. In the end, you feel like you’re the victim of a cruel bait-and-switch, lured into thinking Nobody’s Fool would be a crappy but nevertheless entertaining Tiffany Haddish movie, only to have it turn out to be a crappy but nevertheless crappy Tyler Perry movie. Talk about mixed feelings. 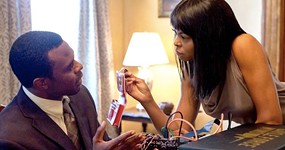