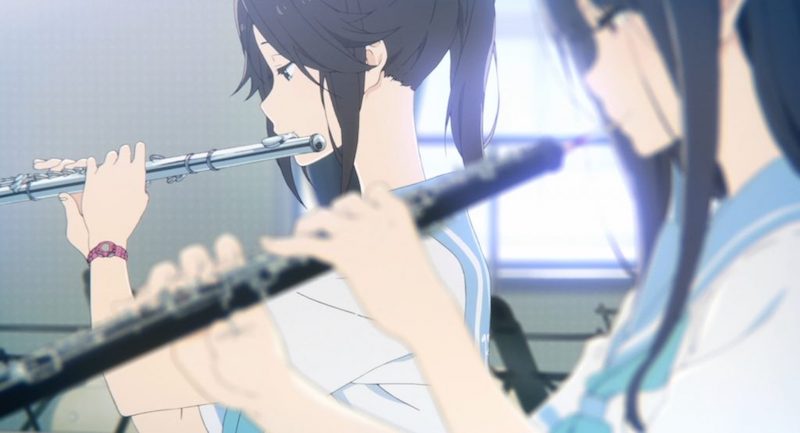 Liz and the Blue Bird

There's a deception in the opening moments of Liz and the Blue Bird: It's not, as the European fairy tale opening of a young woman in a mythical forest might suggest, another anime adaptation of a Western fantasy. That's the story of a piece of music that's being prepared by a school orchestra, and the background to the story of shy oboist Mizore Yoroizuka (Tanezaki) and cheerful flutist Nozomi Kasaki (Tōyama). The two are both popular soloists and loyal best friends. Their enemy is simply time: As seniors, both are becoming increasingly and painfully aware that their bond has an expiration date. They're growing up, and facing separate futures where crushes and clubs don't really mean anything.

Liz and the Blue Bird is effectively a standalone spin-off from the successful novel and anime series Sound! Euphonium, chronicling the lives and complexities of the Kitauji High School music club. In the show, Mizore and Nozomi were background characters, but here the spotlight is on them, without any need to dive into the broader backstory. Instead, it's an instantly recognizable story of connection and loss, of how important teen friendships are without ever falling into melodrama. Director Yamada proved her skill in depicting young adults with bullying mortality tale A Silent Voice, but this time she has more space to dedicate to the tiniest of interactions, with the fairy tale's lesson about letting your friends find their wings becoming increasingly poignant and relevant.

What's most impressive is that Yamada gives delicate life to a wafer-thin story of two friends drifting apart. Without ever feeling choppy or over edited, the shots are composed in microscopic detail, and by letting the camera land on unexpected items, like the way the girls move their hands when they talk to each other, or tiny drifts out of focus when they become distracted. There are odd flights of abstraction, such as during some of the rehearsals, while the sideways glimpses of the fairy tale (increasingly a metaphor for the girls' ailing relationship) have a soft, hand-painted, almost impressionist feel, evocative of early Miyazaki, or Yoshio Kuroda's The Dog of Flanders. It gives a subtle contrast to the luminous CGI-enhanced but more realistic depictions of classroom life. There are no violent clashes or extraneous drama about boys. Instead, it's a simple and tender portrait of how friendships aren't always forever. 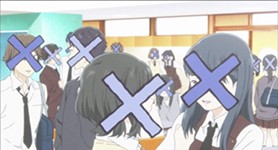