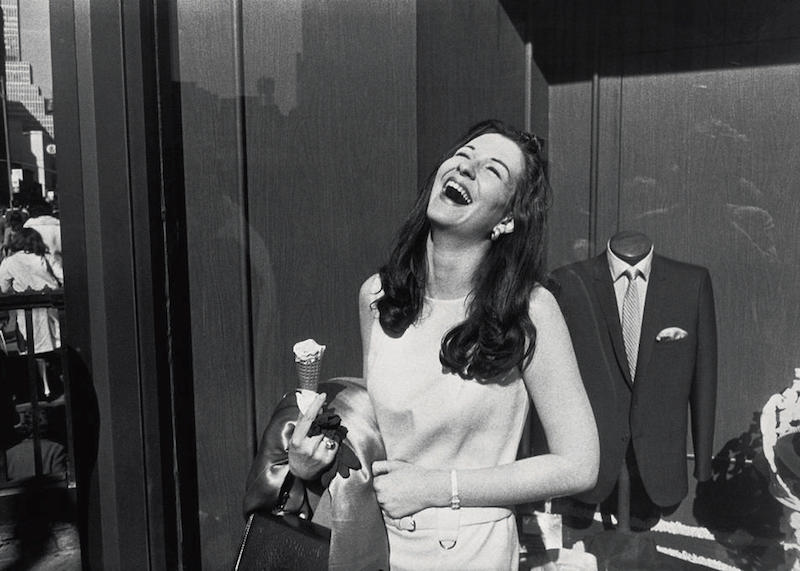 Garry Winogrand: All Things Are Photographable

Garry Winogrand loved the “isness” of things. He once circularly said, “I photograph to find out what something will look like photographed.” This SXSW Special Jury Prize-winning documentary recounts the all-too-short career of this true American artist who intuitively mastered the art of the moment, finding poetry in the still life of human (and sometimes, animal) gesture through the lens of his Leica.

Although the film is a little sketchy on some of the details of Winogrand’s life, the narrative suffices for its purpose. Born and raised in the Bronx, he stumbled upon photography while a painting major at Columbia and thereafter began his career as a photojournalist in the 1950s, freelancing for magazines by shooting images to accompany their editorial content. Because he didn’t like playing second banana to the written word, he began moonlighting as a street photographer roaming the sidewalks of New York City, an obsessive preoccupation that soon evolved into a full-time occupation even though photography was not yet fully recognized as a legitimate art form.

Around 1964, Winogrand hit his creative stride. Three years later, MOMA’s groundbreaking New Documents exhibition featured his urban-centric work alongside Diane Arbus and Lee Friedlander. After moving west in the early 1970s (he taught as a guest professor at UT-Austin from 1973 to 1978), his reputation took a critical hit with the publication of Women Are Beautiful in 1975 (its detractors found it sexist, obsessed with the female nipple), and it never fully recovered up to the time of his untimely death from cancer in 1984. After Winogrand’s demise, his one-time champion at MOMA, John Szarkowski, famously – and unjustly – dismissed his post-NYC catalog as inferior, an assessment that branded his entire body of work. In seeming response to this diminished status, Gary Winogrand: All Things Are Photographable makes a credible case for reassessing his place in the canon of American photography. It’s about time.

Wisely, the documentary doesn’t merely pay tribute to Winogrand through a predictable assembly of talking heads extolling the artistic virtues of the erstwhile UT-Austin lecturer's oeuvre. It features a few scratchy film clips and sound recordings of him, which convey a humbler version of Norman Mailer. Most important, there are the photographs themselves – lots of them – which director Freyer freely uses to illustrate Winogrand’s genius in capturing the ambiguous now, urging the viewer to fill in the details of the story glimpsed in the shot. To try to describe any one of them here would do it no justice. A Winogrand photograph invites you to ponder its tantalizing mystery, an enticement this able documentary unquestionably appreciates.