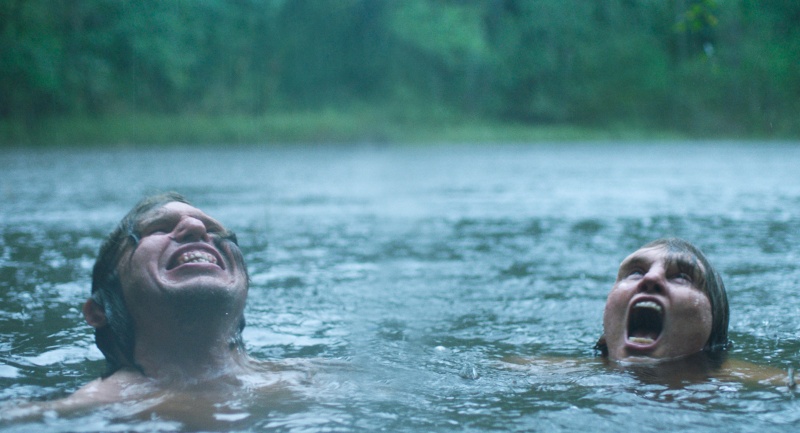 From Frankenstein's Monster onward, genre fiction has questioned what it is to be human. Gritty Swedish fairy tale Border (adapted from the novella Gräns by Let the Right One In novelist John Ajvide Lindqvist) continues that tradition, with an added twist of nature and nurture.

Tina (Jordskott's Melander, unrecognizable under full-body prosthetics) knows she is different: Under a Cro-Magnon brow, she works as a customs officer on a Swedish coastal port. Liked by her colleagues but constantly distant from them, she has an uncanny skill of smelling out guilt and sin. She's – if not happy – at least satisfied with her position, helping other people through enforcing the law. That is, right until Vore (Milonoff) turns up, the first person she has ever seen who looks like her and acts like her. However, he has a comfort in his skin that has always evaded her. The question quickly becomes, what will she give up in order to be more like him?

Border is a Venn diagram of a film: sometimes darkly comedic, sometimes wild honey sweet, sometimes a stomach-churning crime drama, with aspects of both Scandinavian mythology and contemporary queer cinema. It's the crime aspect that sometimes adds an unnecessary level of queasiness: Tina's hunt for a child pornography ring creeps as a needlessly provocative strand, with a surprisingly abrupt resolution that just leaves a bad taste.

If Border has a close relative, it's probably another recent Scandinavian example of genre agnosticism, last year's Thelma (or, for those with a deeper knowledge of the Norse countries' cinema's taste for modern folklore, 2012 SXSW mystical mystery Thale); But like Thelma its widespread thematic net sometimes means a lack of clarity in its narrative direction.

However, when Abbasi and Lindqvist's script sticks closest to the unlikely awakening story at its core, Border is both charming and moving. Even when it veers from that path, Melander's performance gives depth and warmth to a figure who would be all too easy to mock or hate. In Tina, she has crafted a central character that's easy to appreciate, and often fascinating, but hard to like, and equally often deliberately off-putting. Which is also a fair description of Border.

A shorter version of this review ran as part of our Fantastic Fest 2018 coverage.