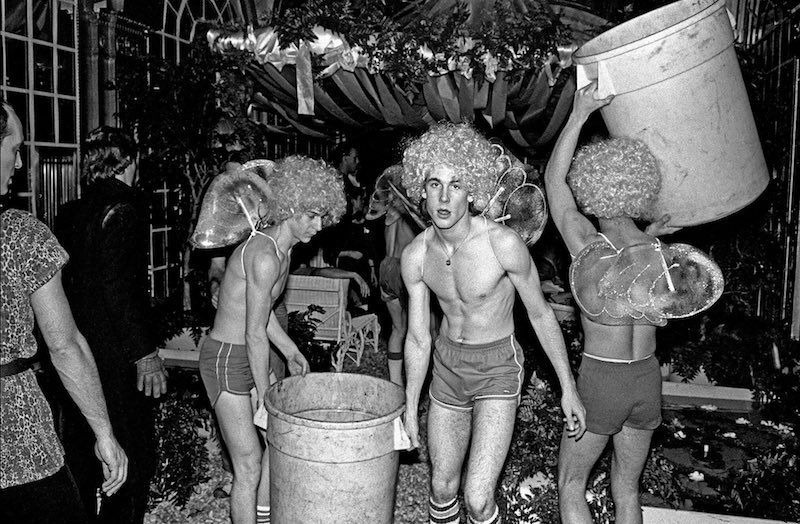 Come in from behind the velvet ropes and witness firsthand the crazy phenomenon that was known as Studio 54, the world’s most famous and notorious discotheque. That’s the unspoken promise of this documentary about the nightclub that was the brightest light in New York City’s nightlife for the brief 33 months that marked its entire existence during the late Seventies. It’s a tantalizing offer that’s stuffed with celebrity, scandal, hedonism, and riches and all the sex, drugs, and disco that money could buy (unless you’re one of the bold-faced names that always got in free. One tidbit: We’re told that Mick and Keith could enter for free but the other Rolling Stones would be made to pay).

The film’s promise of an inside look goes only so far, however. Matt Tyrnauer, a journalist and maker of the documentaries Valentino: The Last Emperor, Citizen Jane: Battle for the City, and Scotty and the Secret History of Hollywood, is more of a historical storyteller than born cinephile, and his pastiche of old club footage and newspaper headlines might make a greater splash if it included more firsthand commentary from actual clubgoers (rather than the staff), or perhaps even members of the angry crowds on the street who were denied entry.

There’s little revealed here that isn’t already part of the public record (or gossip columns), though the film does go into the details of the club’s precipitous rise and fall. That the place captured the spirit of the moment – the Seventies, the decade in between the popular rise of women’s liberation and the gay rights movement in the Sixties and the political backlash and AIDS epidemic that colored the Eighties – is a concept frequently repeated throughout.

Birthed by a couple of young entrepreneurs who were also best friends, Ian Schrager and Steve Rubell (as well as their silent financial partner Jack Dushey), Studio 54 was an instant success, beginning with its opening party on April 26, 1977. Studio 54 stands out for the contributions of Schrager (now a successful hotelier), who has been reluctant in the past to comment about those years. Dushey also appears onscreen, although Rubell, a closeted gay man, died from AIDS complications in 1989. Rubell, a celebrity-loving extrovert, had a talent for publicity, and Schrager had an eye for the physical aspects that made Studio 54 so unique. The club’s stratospheric success and sybaritic spirit was also behind the owners’ downfall because they began skimming large amounts of cash from each day’s take. When the club was eventually raided by the authorities, astonishing amounts of cash and drugs were discovered stashed away in the club’s drop ceiling in the basement. Although all three owners served jail time as a consequence, the testimony of Schrager and others would have us believe that they were just naive kids caught up in the heady whirlwind of unbridled success.

Schrager isn’t always as forthcoming as one might hope, and he pushes back against some of his interviewer’s less softball questions. (Revealingly, however, we do learn that Schrager’s father, nicknamed Max the Jew, used to work for gangsters and was known as an associate of Meyer Lansky, nicknamed the Mob's Accountant.)

One intriguing figure in the Club 54 saga is Roy Cohn, the New York lawyer and fixer who failed to keep the three club owners from serving jail sentences. Tyrnauer is currently working on a film about that notorious figure titled Where’s My Roy Cohn?, a phrase uttered by Donald Trump amid his well-documented frustration with his attorney general Jeff Sessions. (Cohn also represented Trump in his early business career.) Even if Tyrnauer’s Cohn doc doesn’t hit the bull's-eye (like Studio 54), I’ll be first in line to observe the target practice. 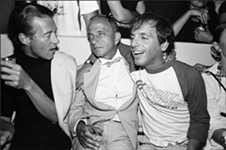 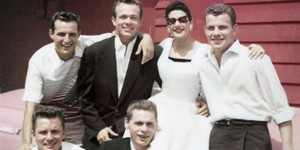