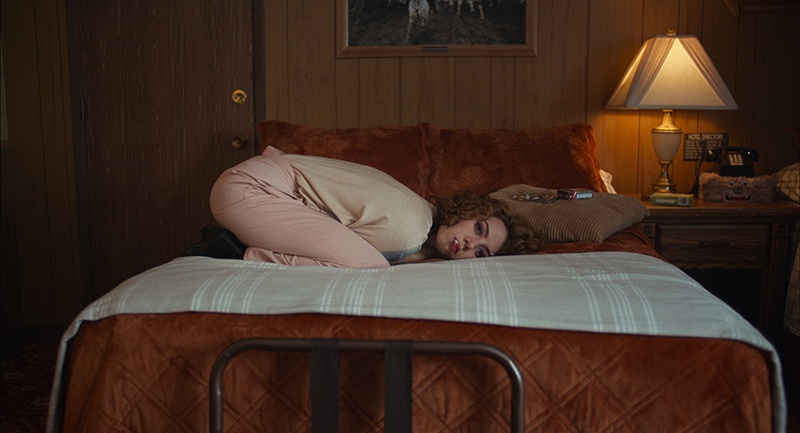 With 2016’s The Greasy Strangler, British writer/director Jim Hosking basically threw a curveball into indie cinema. Or did he? The film mixed a blend of absurdist humor and a casting approach that sought to place unconventional characters into a meticulously curated world, with a plot that really was just an excuse for them to play around in. Well, guess what? An Evening With Beverly Luff Linn doesn’t quite double down, but runs in the same stream.

Obviously working with a bigger budget, and attracting indie stalwarts like moths to a flame, Hosking’s sophomore effort works on a slightly larger canvas, but his predilection for a specific aesthetic, one of trash-chic and nostalgic clothing and environments, remains intact. Lulu Danger (Plaza) works in her husband’s coffee shop (that would be Shane Danger, Emile Hirsch channeling good ol' Nic Cage), until she doesn’t, due (allegedly) to corporate cutbacks. A plot hatched by Shane to steal a cash box owned by his brother-in-law Adjay (Dissanayake), leads to the entrance of Colin (Clement), who shows up at the couple’s house after overhearing Adjay lamenting the theft in a laundromat, and subsequently offering his services to retrieve the money. “Putting myself in harm’s way for the benefit of others is what I do,” Colin says at one point. Lulu and Colin abscond with the cash box to the Morehouse Hotel, where the titular Luff Linn (Robinson) will be performing for one night only. There follows many awkward hijinks and a convergence of characters, as secrets are discovered and motives unveiled. Luff Linn himself is portrayed as a mythical figure, whose communication in various inflections of grunts to his assistant Rodney (Berry, one of the most talented comedic actors working today) is one of the many highlights to this peculiar film.

But, at its heart, Luff Linn is a very sweet love story between Colin and Lulu, punctuated by absurdity and a specific type of humor that (as I’ve referenced before) brings to the screen the spirit of the work of famed graphic novelist Daniel Clowes. But here, Hosking has ascended to his own indelible style. His constant need to haggle you with these characters’ wants and needs, his relentless display of garishness and unattractiveness, hide the fact that, at its core, Luff Linn loves its characters, whatever faults they may have. It is a film about dreamers and schemers, about reconciling with the past and the difficult choices of the future. It just happens to be wrapped up in the director’s brand of craziness, which is, to be clear, not for everyone. But if you succumb to the film’s worldview, you will find a hilarious comedy that also serves as a delightful, if unconventional, depiction of love.

For an interview with Hosking about Aubrey Plaza, weird names, and the subtle tragedy of the Doobie Brothers, read our Fantastic Fest interview, "Jim Hosking Spends An Evening With Beverly Luff Linn," Sept. 20. 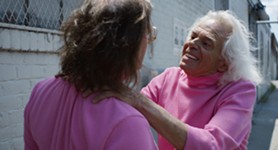 The Greasy Strangler
It's lewd, crude, and full of grease