The opening sequence of Monsters and Men crystallizes the fear of wrongful death that permeates the movie. A man is driving in his car, happily cruising to the sound of Al Green on the radio when he spots a cherry top in the rearview mirror, which is ordering him to pull over. The driver, a black man, knows from the news and personal experience that this police stop could easily turn into a life-or-death situation. “I’m on the job,” the man in plain clothes emphatically protests to the cop who’s pulled him over, recognizing full well that not even his own police badge offers full protection against the offense of “driving while black.” It’s a visceral fear that’s filmed in a way that forces the viewer to undergo the emotion along with the character.

It’s a hell of an opening sequence, a searing indictment of our cultural moment in a time when not even a black police officer feels absolutely safe among his colleagues. A visually powerful closing sequence (particularly resonant in the Colin Kaepernick era) is another highlight of this film that marks the debut of writer/director Reinaldo Marcus Green. The rest of the film doesn’t carry the same impact, largely due to its triptych structure that presents three unrelated characters who are only connected by their emotional reactions to an online video that captures the death by police bullet of Big D, a neighborhood fixture who sold loosies outside a local deli (shades of Eric Garner’s death by police chokehold in 2014 Staten Island). Unfortunately, these three distinct storylines dilute the narrative and make the film’s deliberate pace seem even slower and more disconnected than it actually is.

Still, these three storylines strike a humanistic tone that shows how everyone has his reasons for doing what he does. Manny (Ramos) is a young Latino with an adored wife and child, who has just landed a new job. While hanging out in the neighborhood he witnesses the takedown of Big D and records it on his phone. After agonizing over the personal cost to his family, he decides to upload the video, and soon his worst fears are realized. Dennis (Washington, who starred in this summer’s BlacKkKlansman) is the off-duty cop in the opening sequence, who fears that another cop’s fatal mistake will put the blame on all police officers. Indeed, a background subplot involves the shooting of two white cops. His wife fears for his life and, in turn, Dennis fears for the safety of his son, who proudly wears an NYPD T-shirt to school. The third story belongs to Zyric (Harrison Jr.), a high school baseball player who has hopeful recruiters banging down his door. However, his interests turn from sporting achievement to political activism after watching the uploaded video, much to the chagrin of his father (Morgan), who greatly looks forward to his son’s financial prospects.

Despite its many loose ends and overblown title, Monsters and Men is a memorable first film that has an air of having wafted in from the streets. Infused with tenderness and humanity, Green’s film ultimately encourages empathy and understanding. 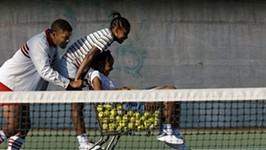 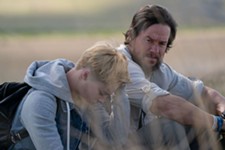