Texas writer Joe Lansdale has said that, even though he was born in the 1950s, he was raised in the 1930s: That’s a byproduct of living in the remote rural areas, that there’s a lag in time. It’s not just a conceit for filmmakers to be able to dispense with cell phones and the internet. When young Henry (Villacis) is dropped off to spend a few weeks with his grandfather (Ironside) in the middle of nowhere Canada, he may as well be in the past. His parents have taken off for funeral, which seems to be as good an excuse for a weekend away without him, even if it means leaving him with the estranged wing of the family, away from modernity and safety.

The smart choice of music in the opening sequence – a piece of faux-honky tonk frippery – throws the audience off the trail of exactly when this Knuckleball is being thrown, and that’s a deliberate decision by director/co-writer Peterson (Lloyd the Conqueror). Once Henry gets out of his parent’s car, he’s in a pre-cell phone world. Heck, his grandfather even eschews landlines in favor of word of mouth, hard labor, and self-inflicted misery. “Work ain’t fun,” he grumbles as a lecture to his new charge, while still doing his curmudgeonly best to give his one link to family at least a glimpse at a decent time. At least they can bond over baseball, and Henry’s got a halfway decent pitching arm that his grandpa appreciates. That would make for a fun enough little diversion, as Ironside being charming and surly is a wonderful combination. But those chest pains are a sure-fired sign that Henry may not be able to count on the not-so-tender mercies of grandpa for much longer – leaving him much more at the mercies of Dixon (Ironside’s Turbo Kid costar Chambers), the mysterious young man who lives next door.

This is pure frozen Southern Gothic: Ominous chords, slow pans, flashbacks as splinters of an image, family secrets, locked barns, and the flat silences that only comes from the muffling effects of snow, the kind of snow that buries the past and sucks up screams. Peterson isn't reinventing the tractor wheel here, but it's undoubtedly a well-executed chiller, once Dixon realizes exactly how much power he has. Of course, the inversion comes, as Henry realizes that Dixon's exactly the kind of neighbor you don't want you inviting over for soup. The Home Alone-esque denouement as Henry fights for his young life, and Dixon gets ever more frothing-at-the-mouth vengeful, gets suitably grisly (arguably reminiscent of under-seen French 1990 survival thriller 3615 code Père Noël, currently undergoing a little bit of a revival courtesy of a restoration and screening at Fantastic Fest this year). The final act even sweeps in a real oldie from the original wave of Gothic literature that may seem a little dated, but the loyalty to the genre is undeniable. 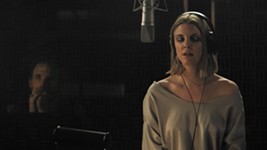 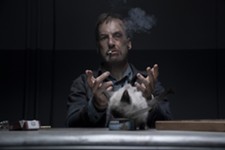 Nobody
Bob Odenkirk gets gritty in this bloody, smart John Wick riff