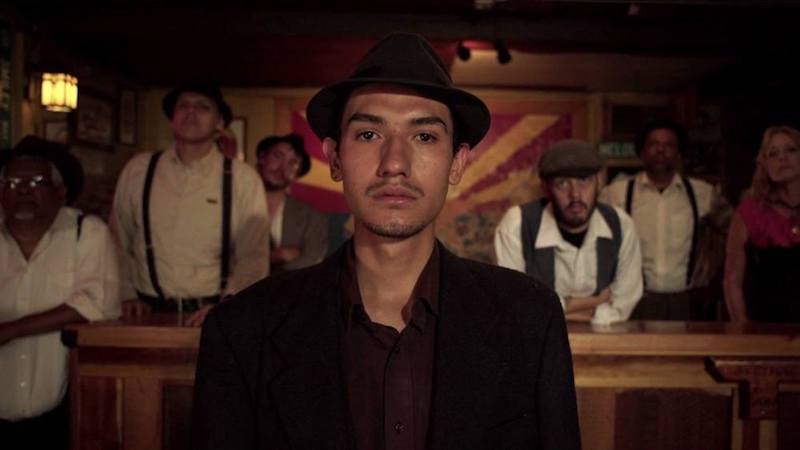 "This town can keep a secret like nowhere else," an old voice intones in this documentary about one of the worst crimes against America's workers, and a hideous piece of buried history. On July 12, 1917, around 1,300 local workers, many affiliated with the Industrial Workers of the World, who were striking against dangerous working conditions and low pay at the copper mine, were rousted from their beds. Almost 2,000 locals loyal to the company had been deputized, and they threw their neighbors and colleagues and friends into cattle trucks, dumped them 16 hours away in the New Mexico desert, and told them never to come back. This was one of the most heinous acts of union busting in American history, one that was also an act of ethnic purging, forcing out Eastern European and Mexican migrants. With the centennial bearing down fast, the community that has decided never to talk about this (or, more dangerously, tells it from the viewpoint of the victors), decides to use community drama to re-create the trauma, and bring what was hidden back into daylight.

With more intimate documentaries like Kate Plays Christine and Kati With an I, director Robert Greene has always found space for enigma in motivation, in a lack of resolution: Bisbee ’17 cannot afford such space. As Charles Bethea, host of The Copper Chronicle on local community radio station KBRP, notes, it's been too long that the story has been buried, like the ore in the ground that once made Bisbee the richest town in Arizona, and now has left it a hollowed-out shell. This was a company town, and now the company doesn't care, so the history they buried is allowed to come up – replacing what one of the multitude of locals interviewed dubs a dream history. Yet what becomes clear is that there are more than enough locals whose identities have become so interwoven with either burying the history, or lionizing the union busters, that a century later the scars are easy to break open.

The sensation of a secret revealed would seemingly make this a pair with the occasionally overblown Did You Wonder Who Fired the Gun?, but the process is closer (inadvertently) to Spettacolo, Jeff Malmberg and Chris Shellen's remarkable documentary about a small Italian town that has spent decades using an annual play to process what is happening to them. So Bisbee has missed 100 of those acts of social purgation and bonding, and Greene's calm tone allows the tensions to register on their own terms. His efforts to create resonances between then and now – on workforce inequality, race, injustice, deportations – are mostly effective (although his determination to create links between the migrant miners and modern migrant workers concentrates so much on Latino Bisbee residents that it misses the large number of European migrants, and so misses a pivotal question of the shifting definition of whiteness). Yet what Greene both shows and helps enable may be the first steps toward a new understanding in a shattered community.