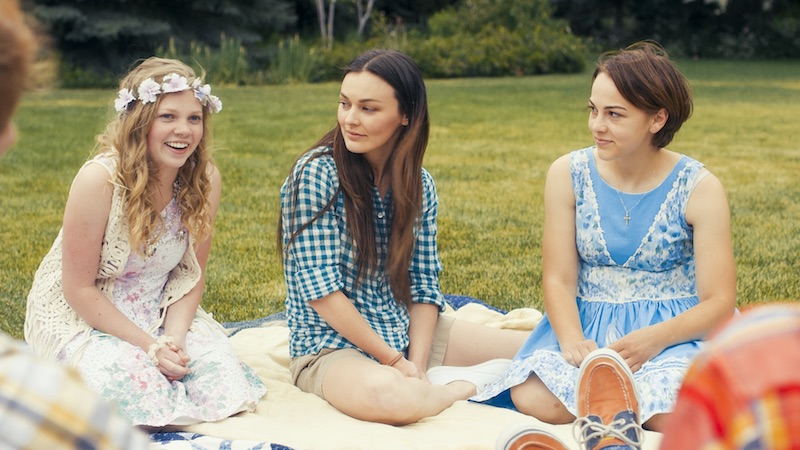 Modernizing a revered classic to fit this year’s fashions is a gamble. A contemporary spin can either invigorate a familiar tale, or just as easily sabotage it. This updated version of Louisa May Alcott’s beloved autobiographical novel about the four March sisters (in order of age: Meg, Jo, Beth, and Amy) sets the siblings’ story in the age of smartphones and email messages, but much of what has endeared countless readers since the book’s publication a century and a half ago is lost in translation here. Alcott’s novel may be timeless, but it’s a literary work of its time, a socially astute observation of family dynamics and female identity in the late 1860s. Its focal character is the fiercely independent Jo (Davenport), an impassioned young woman who rejects traditional expectations about the course of her future and aims to make her own way in the world as a writer. But Jo’s transformation in this film into a mildly annoying millennial with high literary aspirations but no artistic compass normalizes Alcott’s proto-feminist heroine. Without the historical context provided by Alcott’s book, Jo’s headstrong behavior now projects as unyielding egoism, her outspokenness as a mean streak. She’s no longer someone you wish to embrace for all her flaws, as you did when a perfectly cast 26-year-old Katharine Hepburn played the rebellious character in the more faithful 1933 screen adaptation of the novel. You can’t wait for this little woman to grow up and get a life.

The production has the attributes of a Hallmark Channel made-for-cable movie: a serviceable cast of unfamiliar actors (the exception: Thompson as the family matriarch, Marmee); a serviceable script that takes few if any chances, with occasional wordless montages of shiny happy people; and serviceable direction that gets the job done and nothing more. Except for the misstep of setting Alcott’s story in the present day, the movie isn’t memorable for anything much, although the flashbacks of the younger incarnations of the March sisters play-acting in the attic of their home has a magical Victorian vibe that taps the source material. Rest assured, when gifted filmmaker Greta Gerwig – who showed us that she knows a thing or two about what a girl wants in last year’s marvelous Ladybird – delivers the seventh film adaptation of Little Women to movie theatres next year in time for the holidays, she’ll undoubtedly use better judgment in bringing this treasured work to life onscreen. Until then.