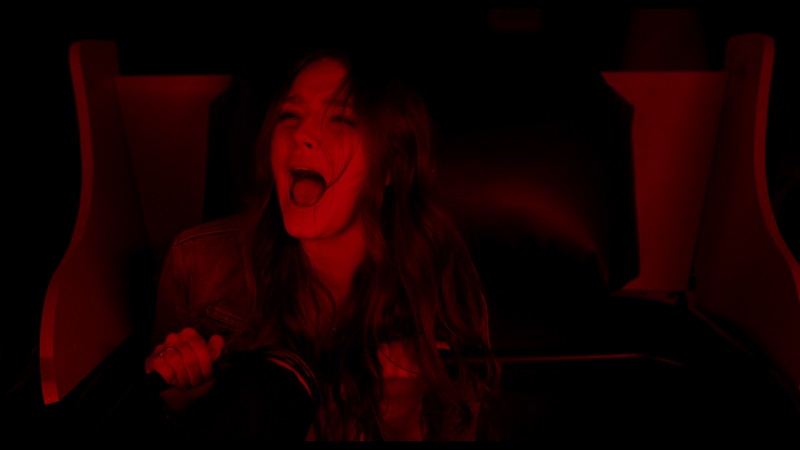 In the history of slasher films, there are rules, rules that become untenable, until of course, they don’t, as the screenwriters mix it up and deal the cards differently, trying to create new ways to put a new dress on an old, and often tired, hanger. I don’t know what you might expect from Hell Fest, but you are not going to get anything that you haven’t seen before. In fact, the film plays out like if you wanted to go to those overpriced haunted houses, but you can’t be bothered to leave your couch. Because that is the film’s bread and butter. It is a succession of teenagers navigating an elaborate amusement park of what amounts to jump scares of skeletons popping out of closets and overly costumed fiends vying to give you a shock.

The cast of characters are pretty boilerplate and don’t matter much because you know they will be dispatched in due time. The parlor game here is who will be first, second, or third, and I will give Hell Fest credit for mildly subverting that particular aspect of these proceedings. But really, it seems like a movie hatched because someone had access to an amusement park and knew a lot of people in the makeup and lighting department. But, if you really want to know, Natalie (Forsyth) returns to some indeterminate Midwestern locale, where she meets up with her best friend Brooke (Edwards) and her quirky roommate Taylor (Taylor-Klaus, in a performance that might go down as the most annoying secondary character in the last decade). A VIP evening out to a very curated haunted house experience also brings to light a nameless killer who ends up stalking and dispatching Natalie’s friends. I suppose it’s fine fare for a quick buck, a Halloween rip-off, as the latest incarnation hits theatres, something for the kids, you know? But it becomes a quite tedious affair as every three minutes you are confronted with another monster around the corner and a soundtrack that plays out like a disruptive fart. The inevitable ending that leaves way for a sequel speaks to the film’s entire raison d'être. This is cash grabbing at its most blatant. 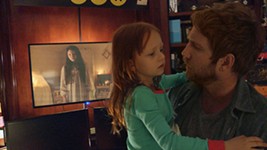