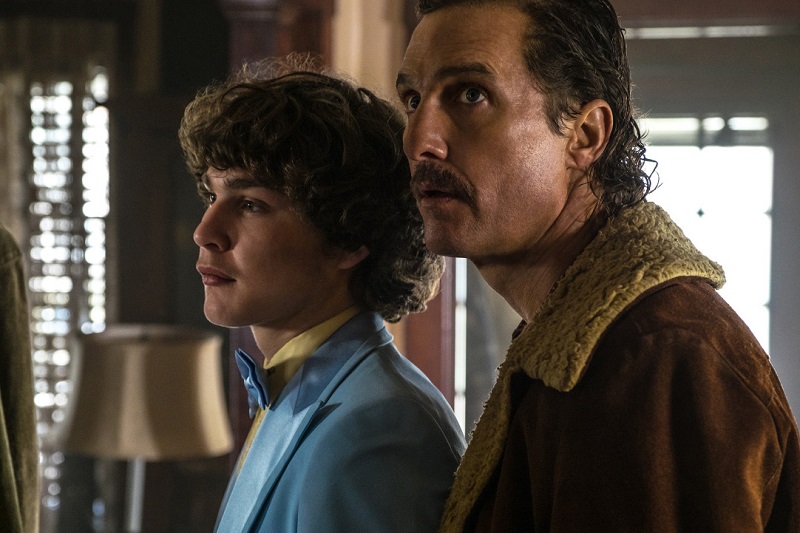 Despite some wholly committed performances and visually stylish direction, White Boy Rick can’t pull itself out of the rut it digs for itself. The film is based on the true-life story of Richard Wershe Jr., Michigan’s longest-serving nonviolent prisoner, who received a life sentence in 1987 at the age of 17 for cocaine possession. Granted, Wershe Jr. was holding numerous kilos intended for resale when he was apprehended, but he was also working as an FBI informant infiltrating Detroit’s black drug culture, and the same federal agents who masterminded this crooked scheme failed to come to the teen’s defense when it came time for his trial and sentencing. Rick is currently scheduled to be released in 2018 after serving 30 years in prison. His story, as showcased in White Boy Rick, was screened and reviewed during the Toronto International Film Festival.

Newcomer Merritt plays young Ricky with the cocksureness of a callow first-timer emboldened by the new hair outlining his upper lip. It’s an attitude that’s perfect for the character, although some of his Baltimore origins seep through in his line delivery. Growing up in Detroit’s urban core, which was devastated by the massive factory closures and crack epidemic of the Eighties (and the toothless “Just Say No” campaign), Ricky has dropped out of school by his early teens and has few options but to throw in with his pipe-dreaming dad, Richard Wershe Sr. (McConaughey), who deals in illegal guns but hopes one day to own a chain of video stores. Ricky’s mother abandoned the family long before the start of the movie, and his sister Dawn (Powley, in a hard-edged turn from her breakout role in The Diary of a Teenage Girl) is a pitiful junkie. Bruce Dern is cannily cast as McConaughey’s dad, who lives across the street with the kids’ grandma (Laurie).

The emotional crux of the movie is the relationship between the inept father and his hapless children. It’s a one-note relationship but the tone it strikes is good, due in large measure to mullet-headed McConaughey’s typical absorption into his role. However, the film is far too involved in the details of Rick’s various dealings at the behest of the law officials (Leigh, Cochrane, and Henry). These episodes strike a terribly redundant chord. A greater focus on the agents’ perfidy and the tragic injustice that occurred might have made for a more involving drama. As is, White Boy Rick is a one-trick pony. 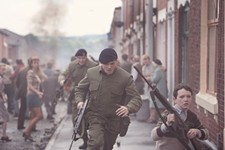