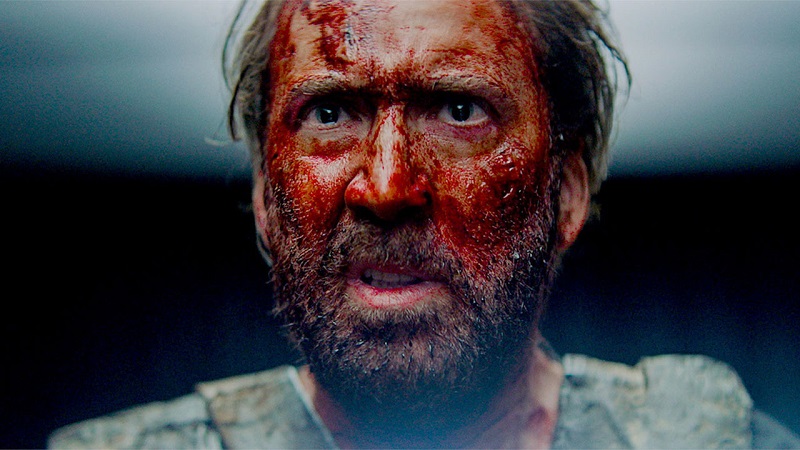 I can tell you one thing: If Panos Cosmatos ever helms a Hollywood tentpole franchise, I’ll pull a Werner Herzog and eat my Doc Martens. It’s been seven years since the Canadian filmmaker’s well-received first feature Beyond the Black Rainbow had its Austin premiere at Fantastic Fest. That trippy, futuristic, sci-fi head-scratcher may have left some audience members wondering who dosed their Lone Star, but it was a visually and thematically ambitious breakout for the director, and utterly unique in tone, score, and performances. I’m not certain what Cosmatos has been up to since, but if the hallucinogenic love story-cum-bloodthirsty-revenger Mandy is any indication, there may have been a certain amount of Timothy Leary experimentation going on. Actually, I kid. Cosmatos proved himself to be one of the most unique and monstrously creative voices of post-millennial arthouse horror with his debut.

Mandy, though, is flat-out orders of magnitude a more emotionally adept and shockingly powerful film in virtually every department, from the dazzlingly insane cinematography and lysergically–inclined production design to what I can only believe is Nicolas Cage’s single best performance to date. Cage’s character arc is to die for, commencing with a tender, near-mystical aura of serene, true love, and then jaggedly, heartbreakingly escalating from there to absolute berserker rage and beyond the black everything, as seething, all-consuming vengeance becomes the (dis-)order of the day. I really can’t say enough about Cage’s work here. It’s stunning. As is, indeed, the entire cast, in particular a haunting turn by Riseborough as Cage’s artist paramour and Roache as the mad leader of a bizarre “Jesus freak” cult that has apocalyptic doom on their short list of to-dos.

I’d heard the buzzy hype around Mandy cranking up after its 2018 Sundance premiere, and chose to avoid the ecstatic reviews and hellzapoppin’ trailer in favor of going in blind, and you should, too. Suffice to say Mandy’s horrific ultraviolence won’t be for everyone – certainly not your grandma, unless perhaps she’s a fan of the Grand Guignol from way back in the day. Yet Cosmatos’ visionary stylistics – which includes lovely animated sequences, all manner of special digital effects of the old school, and a downright febrile sense of dislocation and mounting madness in the wake of Cage’s devastating grief, trauma, and loss – feel gut-churningly real. There’s gore galore, but even, or maybe especially, at its most pitch-black, nightmare moments, Mandy beats with a heart of genuine love, the only emotion that can make a human being hate so very terribly much.

Beyond the Black Rainbow
Visually striking but completely nuts, this filmmaking debut received a Special Jury Award for Boldness of Vision at last year's Fantastic Fest. 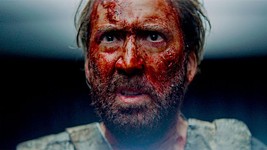