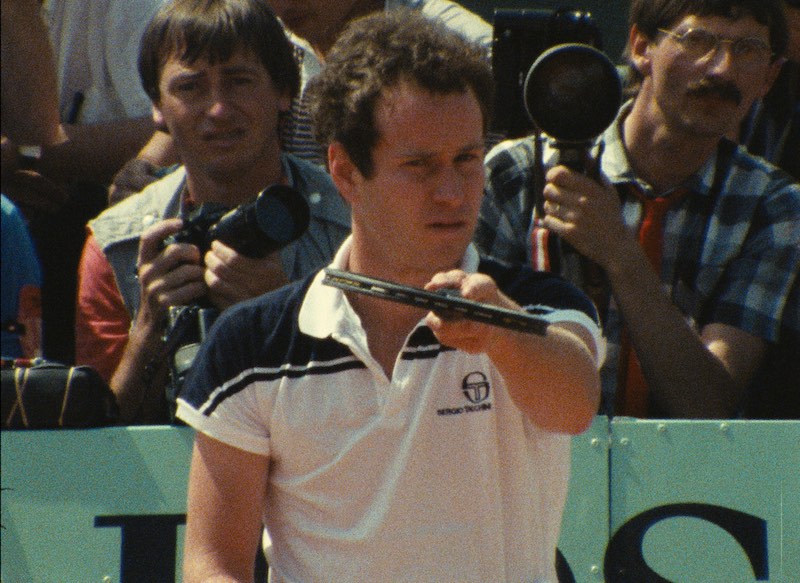 John McEnroe: In the Realm of Perfection

This year has seen a number of popular documentaries concerning the lives of notable figures: Fred Rogers, Whitney Houston, Ruth Bader Ginsburg. And while one might suspect that with a title like John McEnroe: In the Realm of Perfection, the film would be another entry into this genre, nothing could be further from the truth. French director Julien Faraut eschews hagiography and biopic conventions (there’s no Tatum O’Neal here) to create a visual essay on the famed tennis player that is part deconstruction and part psychoanalysis. It is at times a beguiling and compelling piece of cinema, but it’s not without its frustrations.

Faraut culls most of his footage from Gil de Kermadec, who was tasked with filming the French Opens of the late Seventies and early Eighties for use as instructional videos. But de Kermadec became obsessed with McEnroe: his play style, his tantrums, his presence. There is no doubting McEnroe’s tennis prowess; he was one of the greatest players of that era, an era that saw many tennis celebrities. Perfection, though, focuses on movement and time, and using de Kermadec’s footage (mostly in slow-motion) begins to resemble an investigation into the very nature of McEnroe’s psyche. There are no interviews here with McEnroe himself, except for once, and I won’t spoil that one, but there are other analyses, both practical and esoteric, that fill out Faraut’s film, which is mostly narrated by iconic French actor/director Mathieu Amalric.

McEnroe the athlete, over and over and over again, fills nearly every frame. And while the footage of these matches can be breathtaking to behold, Faraut seems more concerned with McEnroe, the man at unrest, endlessly berating referees about if a ball was in or out of bounds, avoiding and berating any kind of media attention (at one point he yells at de Kermadec for putting a huge microphone too close to him), and often the footage has either no sound or that of the non-diegetic variety (a sound cue from Raging Bull seems particularly jarring). But the unavoidable brilliance of McEnroe’s game is front and center.

And it was brilliant. “Never violence, always variety,” Amalric says at one point, and as you watch Perfection, you understand how right that is. McEnroe was incredibly adept at placing the ball, not only where the opponent was not, but where he could never be able to be, all the while altering his lobs at every moment. And the endlessly famous arguments and pouting and outbursts and a generally moody bad behavior were things, that Faraut argues, worked to his advantage. The film’s final third is composed of McEnroe’s 1984 French Open bout with Ivan Lendl, a culmination of his greatest year in tennis (he boasted 82 wins and 3 losses). Even if you aren’t a tennis fan, the high stakes of the match is as compelling as any thriller. As noted at one point, McEnroe was “a man who played on the edge of his senses,” and Faraut’s film essay compellingly captures this point, game, set, and match. 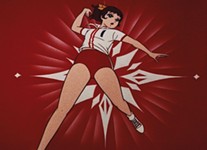 John McEnroe: In the Realm of Perfection, Julien Faraut