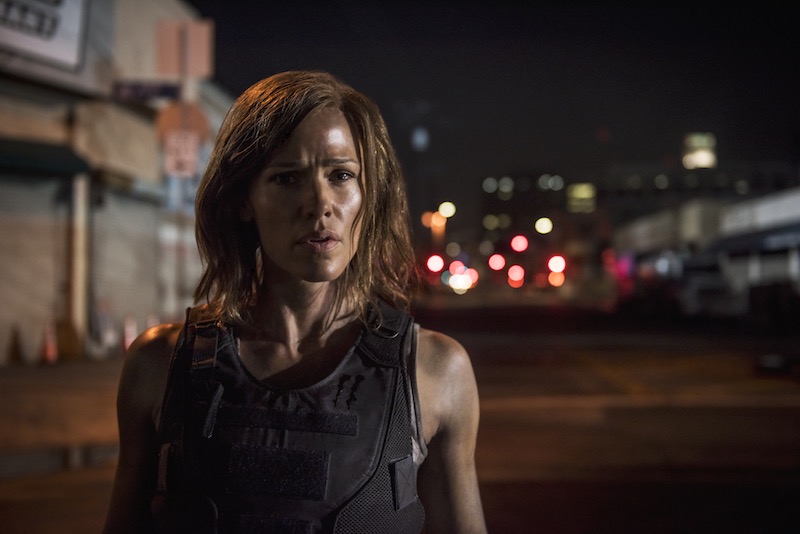 Ever since Clint Eastwood asked a bank robber to weigh in on the vagaries of chance, vigilante films have courted controversy at the box office. In that regard, at least, Pierre Morel’s Peppermint is just the latest in a long line of problematic action movies. The hope for the studio is that the fight choreography will outweigh the narrow-minded depiction of Latino youth, or the (cough) "economic anxiety" that forces a white, middle-class woman into a shooting spree. The last thing Peppermint could afford to be was a mediocre action movie, and yet, here we are, and here it is.

In her return to the action genre, Garner plays Riley North, a loving wife and mother struggling to make ends meet as middle-class Angelenos. When her family is tragically murdered by local kingpin Diego Garcia (Raba), North attempts to identify the gunman at trial only to discover that the entire courtroom is already deep in the gang boss' pocket. Swearing revenge, she flees the country and disappears for the better part of a decade, returning with a proficiency for firearms and incredible hand-to-hand combat skills that she uses to murder her way through half of Los Angeles.

Make no mistake: the one thing keeping Peppermint from being dumped on VOD is Garner’s presence in the lead role. Our familiarity with the actress’ career is arguably the biggest point in Peppermint’s favor; the film never bothers to explain how and where North picked up her newfound skills, allowing our intertextual knowledge of Garner's early Hollywood work (as an action lead in movies like Daredevil and J.J. Abrams' popular Alias series) to do the heavy lifting on her behalf. And despite the film’s glaring lack of significant set-pieces, Peppermint does entertain when it keeps the focus on Garner’s physicality. There’s more than a little Geena Davis magic  –  à la The Long Kiss Goodnight – in how she nails down both halves of her performance.

Unfortunately, it’s not enough. Morel's parkour-driven 2004 film District B13 is often named as one of the best action movies of the young century, but none of that style is on display here. The fight sequences are surprisingly stodgy, forgoing any unique or memorable fight aesthetic in favor of midrange gunfights and enthusiastic squibs. Granted, Peppermint is unafraid to lean into a good gunshot wound, but there’s no sense of evolution here beyond the fight sequences that made Morel’s Taken a standout more than a decade ago. Take into consideration the film’s heavy metal musical cues and MTV-inspired editing, and Peppermint seems to be an action movie two decades too late. Surely, Garner deserves better than this. 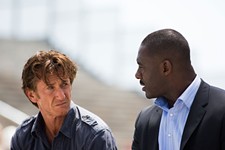 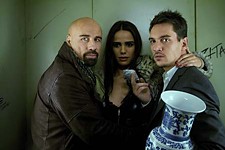 From Paris With Love
Jonathan Rhys Meyers plays an American diplomat in Paris who is paired with a wise-cracking, trigger-happy CIA maverick (John Travolta) to stop a terrorist attack.