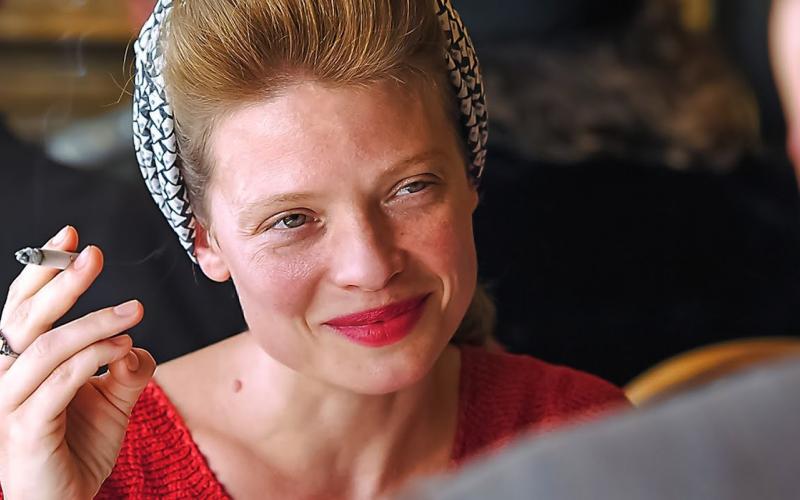 This French film exposes one of the largely unspoken traumas of war: the pain of uncertainty and waiting experienced by those left behind. Historically, this pain is undergone primarily by women who wait for their husbands to return from military service with no assurance that a living reunion will ever come to pass. By extension, this group includes the servicemen’s parents, children, and other loved ones who are too old, young, or infirm to take up arms for their government.

Memoir of War is based on an autobiographical novel by Marguerite Duras, the novelist (The Lover), philosopher, screenwriter (Oscar-nominated for Hiroshima Mon Amour), and director (played here by Thierry). Tellingly, her novel was originally published with the title La Douleur (directly translated as The Pain), and although you get some sense of Duras’ anguish while waiting and hoping for her husband, Robert Antelme (Bourdieu) – a Resistance fighter captured in Nazi-occupied Paris and being held ... who knows where, if he hasn’t already been killed by the Gestapo. It’s more likely that a viewer might die from the pain of boredom before reaching the film’s conclusion.

Writer/director Emmanuel Finkiel tries very hard to adapt Duras’ modernist storytelling tactics to Memoir of War and, at times, even succeeds in translating the author’s opaque blurring of the objective and the subjective. Images range between tight facial close-ups and distanced long shots that capture a sense of the desolate city in which people go about their business as if collectively holding their breath. The focus within the images often changes, and sometimes overlaps. Marguerite finds purpose in her waiting, as if the mere act is what keeps her alive to continue another day. Yet she is also sometimes immobilized by her fears, allowing her rational thought process to overcome her irrational hope. Sometimes the character tells us so via voiceovers read from her book. The rest of the time we are left to intuit her thoughts as we gaze at her face deep in rumination.

The first half of the film is taken up by Marguerite’s furtive meetings with Pierre Rabier (Magimel), a French police official who collaborates with the Nazis. Taken with her literary fame, he plies her with promises that he has the power to make her husband’s prison stay more comfortable. Set during the last nine months of the German occupation of France during World War II, signs exist all around them that the Nazis will soon be defeated. But Pierre disappears with still another hour of the movie to go. The abrupt end of this subplot perhaps foreshadows the movie’s surprising (but biographically accurate) conclusion, which eschews sentimentality. Nevertheless, the viewer is likely to feel a sense of misplaced trust when forced to switch narrative gears. Despite its pedigree, Memoir of War does not guarantee safe passage.