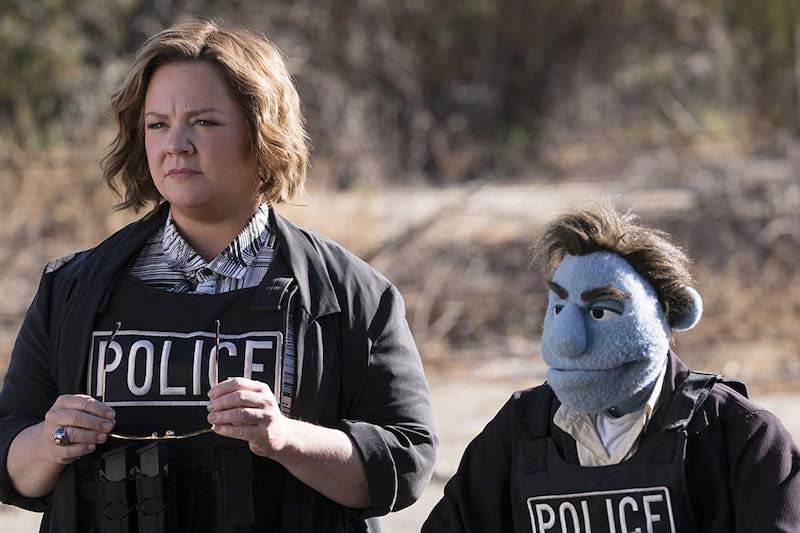 As a theatre kid of the early 2000s, no Broadway show better captured my brand of mild-mannered rebellion than Avenue Q. That musical provided the kind of irreverence only a musical nerd could understand: plenty of swears, more than a few off-color jokes, but always with an undercurrent of sincerity that spoke to the beating heart underneath. The creators of Avenue Q knew their show was being consumed by former Sesame Street fans in desperate need of puppet-sized life lessons, which is one of the many problems of Brian Henson’s R-rated The Happytime Murders. While there may be something undeniably appealing about seeing humans and puppets traveling through life hand-in-hand, unlike a certain Broadway musical, what does this movie have to say beyond it’s funny to watch children’s show characters swear?

The film introduces us to Phil Philips (Barretta), a former member of the Los Angeles Police Department who now serves as a private detective for puppets. In this world, puppets and humans coexist uneasily; puppets are regarded as second-class citizens, and Philips believes his high-profile firing from the LAPD helped set puppet-human relations back immeasurably. When members of a popular television show start turning up dead, Philips reluctantly teams up with his former partner (McCarthy) to find the killer before everyone he’s ever loved turns up dead.

There are a few half-decent ideas contained in The Happytime Murders, most of which revolve around the fantastical racism levied on Los Angeles’ puppet citizens or the various ways that stuffing can be scattered to make up "gruesome" crime scenes. Taken purely as an exercise in analog special effects and the art of puppetry, this film is also a technological marvel, blending the real with the stuffed and creating a fully realized world from its opening minutes. The choice to hit the ground running is a good one; we are quickly able to accept this vision of Los Angeles and get swept up in the cadence of the story.

Or we would be able to do so, if The Happytime Murders had anything of any real importance to say. This is the feature-length equivalent of an R-rated gag reel from a mainstream Muppets feature. While it might be fun  – and maybe even cathartic  –  for the puppeteers to cut loose with some sophomoric humor, the film never finds that next gear to locate these jokes in contrast to something, anything. Avenue Q used its profanity to show audiences what happens when a generation raised by Elmo finds itself stuck in a much less forgiving world. The Happytime Murders uses its profanity to say, hey, isn’t it fun to flap your hands provocatively in a third-tier Melissa McCarthy comedy? One wins Tonys, the other gets an August release date. 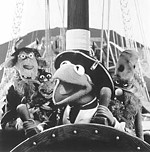 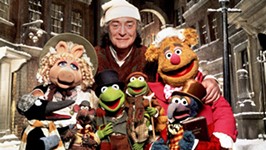