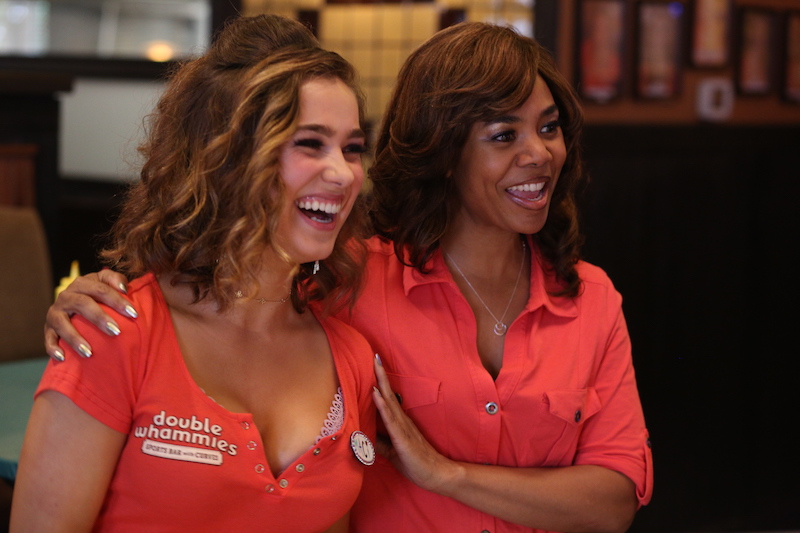 Indie filmmaker Andrew Bujalski is a writer/director that traffics in no small amount of chaos: Whether it’s meandering post-grads making poor life decisions (Funny Ha Ha), a posse of cats taking over a hotel wing during a convention (Computer Chess), or the erratic loneliness of the human condition (Results), the universe is just sort of spinning at random while we feebly strive for connection.

Which is true. His characters are painfully inept in expressing themselves; what is said is equally important to what isn’t.

Support the Girls, his sixth feature film, drops us into the world of service industry workers (chaos wranglers, no doubt) via a day in the life of Lisa (Hall, all shiny eyelids and blank expressions), the general manager of Double Whammies, a sleazy sports bar where the waitresses’ tops are the size of a napkin. The catalyst to the film’s action and the primary source of tension is something that occurs offscreen: One of the DW employees (presumably) got drunk and hit her douchey boyfriend with her car, breaking his leg. Big-hearted Lisa puts on a car wash fundraiser, staffing it with interviewees (yeah, not exactly kosher), and neglects to inform bar owner Cubby (Le Gros), who has already attempted to fire her several times.

Lisa is featured in nearly every single frame of the film (shot by longtime Bujalski DP Matthias Grunsky); it’s all filtered through her perspective – an unreliable narrator in the sense that she’s a bit delusional. (When corporate competitor Mancave sets up shop down the street, she tells Cubby this could actually help their business.) Hall may be playing a character whose life is unraveling, but you’d never know it by her face, which channels the weary yet patient, pleasing yet firm look of someone who has mastered the art of dealing with people. Much of the comedy relies on the quirks of the supporting characters: Danyelle (played by newcomer McHayle, aka rapper Junglepussy), a single mom with a throaty deadpan; and Maci (Richardson), an adorable ditz whose naive little eyes sparkle as she sips chocolate milk behind the bar (the film is riddled with such infantilizing characterizations). Lisa watches out for her girls, but her mothering hinges on contradictions: She chastises Maci for getting too comfortable with a regular, yet immediately lets up when she learns the man has offered help with finding a lawyer. It’s a moment that measures her moral center and comes up short. I could be off the mark here, but it feels like a critique of modern feminism through the type of “mixed signals” women are often accused of giving. In this beer-soaked environment, sexual politics continue to thrive. Maybe it wouldn’t be so confusing if what passed as the film’s “resolution” involved something more than the antics of bratty anarchy. It’s impossible to support the girls on such shaky ground.

For an interview with Andrew Bujalski about research, being bad at flirting, and mozzarella sticks, read Hot Wings and Rules of Engagement," Aug. 24. 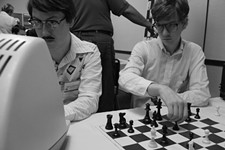