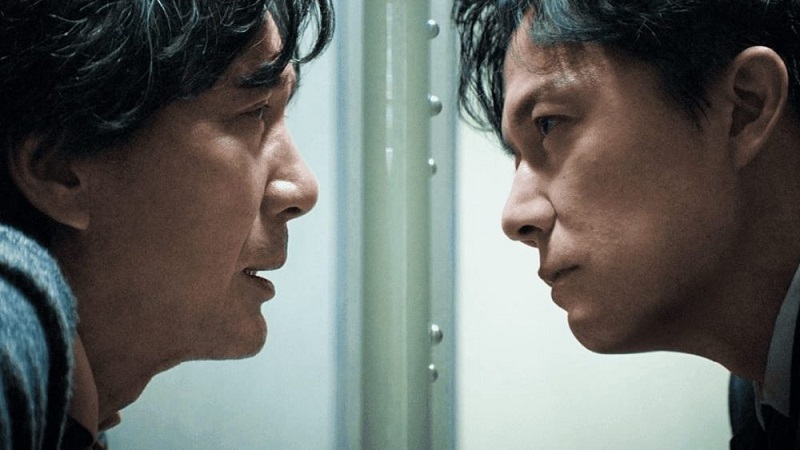 The investigation begins, suitably, with a murder. A man is bludgeoned to death on a path by a river, then his corpse is set on fire. It seems like an open-and-shut case: The audience gets a clear view of the face of the killer, Misumi (Yakusho), and he explains his motivations to his attorney Tomoaki Shigemori (Fukuyama). He's already a two-time loser, having beaten a pair of loan sharks to death 30 years earlier. This third, seemingly motiveless murder means the death penalty, and now he faces the gallows.

So where's the drama? It's not so much in if Misumi committed the murder, but why, and to what end? That is the core dilemma at the heart of Hirokazu Kore-eda's questioning of law and order in Japan. In the legal system he portrays, the underlying drive is not to find the absolute truth, but a resolution that makes sense to all parties, and that's been easily achievable for Shigemori in prior cases. Where Kore-eda finds his languid but captivating pace is in the constant itch that there are no ways to quite make all of the pieces fit. It's in Shigemori's restrained frustration that Misumi confessed too quickly, and with too many details, or the wrong details. He did it, yes, but the why is elusive, and taunts him to dig deeper every time as he faces the convict through an inch of security glass.

Kore-eda deservedly swept this year's Japan Academy Prizes in his triple role as writer, director, and editor, and that's an important combination in structuring the meandering, melancholic tale of what is ultimately a meditation on crime and punishment as defined within Japanese culture. After all, what it means to be institutionalized – a core question in dissecting Misumi's motivation – is a reflection of the institutions.

Suitably painted in muted blues and grays by cinematographer Mikiya Takimoto (who previously shot Like Father, Like Son and Our Little Sister for Kore-eda), The Third Murder is at its best in its understated moments, like Shigemori's meetings with his client, or when he clashes with his father – the same judge who sent Misumi to jail three decades earlier – about rehabilitation and the death penalty. That's why the piano score by Ludovico Einaudi never quite meshes, sometimes teetering over the line into melodramatic.

But Kore-eda knows when to let the drama come from the situation and the characters, rather than hyperbolic "You can't handle the truth," "This whole court's out of order" histrionics. Instead, he uses quiet ambiguity to examine a system built on certainty and unquestioned conventions. 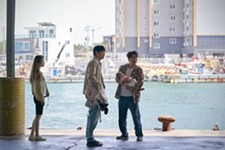