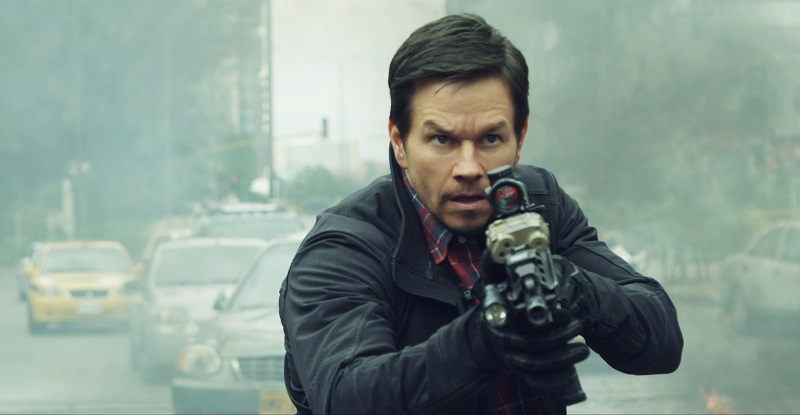 The internet has a lot of ideas (shocking, I know) about what film has fired the most gunshots (apparently it’s 1998’s The Replacement Killers, or perhaps 2001’s Black Hawk Down, but I’m quite sure John Rambo is in there somewhere). Well, director Peter Berg has entered the arena with Mile 22, his fourth collaboration with Marky – er – Mark Wahlberg, beginning with Lone Survivor in 2013, moving on to oil-spillsploitation Deepwater Horizon, and then the Boston Marathon bombing procedural Patriots Day in 2016. Those films were grounded in various semblances of truth; but while Mile 22 most certainly has its real-life counterparts in its covert CIA agents who perform perilous missions to keep the world safe, it's a bit more suspect with regard to the real-world events that these shadow ops inspire.

Wahlberg stars as James Silva, a wunderkind savant recruited by the CIA. The title sequence fleshes out his past (Genius IQ! Parents killed! Great at fighting!), and the film doesn’t really stop from there. After he and his team, consisting of Alice (The Walking Dead’s Cohan), Sam (former UFC badass Rousey), and William (Alban), among other expendables, dispatch a nest of Russian operatives holed up in a suburban home in Main Street, USA, the action quickly moves to Indocarr, a fictional Southeast Asian metropolis, where one of that country’s agents, Li (Uwais), seeks asylum in return for telling them where six extremely volatile packages of radioactive powder (CZM, or cezium, or something) are globally located, which have the power of Hiroshima AND Nagasaki combined. We know this because Silva has a penchant for long-winded monologues about history, given freely to his colleagues whilst continually snapping at a large yellow rubber band around his wrist, which is either quirky character development or your least favorite co-worker cornering you in the break room. Li submits a hard drive with the locations of these destructive powders, but it’s encrypted (of course) and won’t open until he’s out of the country. Oh, also the drive is currently destroying itself by the minute, and also, they have about 20 minutes to get the fuck out of Dodge. And also, the local government will stop at nothing for all of this not to happen.

Are those enough ticking clocks for you? Because that is the bread and butter of Mile 22. As far as the relentless action goes, Berg takes more than a page from Gareth Evans’ far superior Raid films, he takes those films’ best asset, in the casting of pencak silat star Uwais. Whether he’s dispatching enemies while handcuffed to a hospital bed or dispatching enemies while he’s handcuffed in a car, Uwais is transfixing to watch. Wahlberg and co. provide most of the bullet spending, having to reach that titular distance killing an endless supply of baddies, be they on motorcycles or lobbing grenades in bakeries.

The problem here, and what makes it so inferior to Evans’ films, is the editing. It is a page that Berg perhaps lost, but the action is the very definition of discontinuous. The viewer is very rarely grounded at any given moment with a centering geography, and that makes the film more annoying when it should be a kinetic ballet of bullets and explosives flying across an urban landscape or a claustrophobic apartment building. Perhaps it’s by design, and action buffs should dig the constant carnage, but sometimes a viewer wants to know where he or she literally stands in any given scene. But I will say that there are two things this film (which will spark a franchise should the studio accountants give the word) has going for it: The first is a late-film dialogue callback to one of Andy Samberg's most famous sketches on Saturday Night Live that almost renders a very dramatic moment laughable, and John Malkovich’s hairpiece. It really must be seen to be believed. 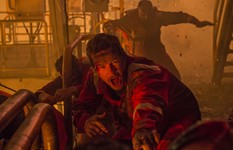