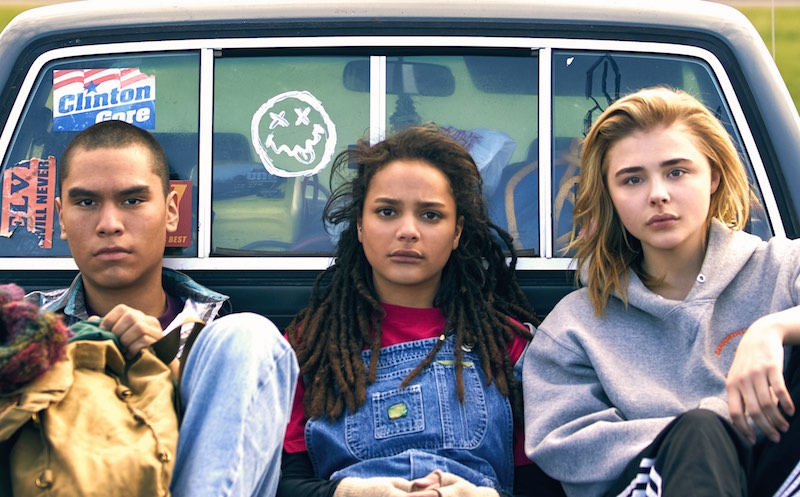 Let’s be clear: Gay conversion therapy will not – and cannot – change the true-north direction of a person’s sexual orientation, no matter how much the naysayers would like you to believe. At worst (there is no best here), it can only condition an individual’s behavior in classical Pavlovian fashion, teaching him or her not to salivate (metaphorically speaking) at the thought of physically intimate same-sex relations.

In The Miseducation of Cameron Post, the film’s titular high schooler (Moretz) is forcibly sent by her guardian to attend an evangelical Christian conversion center called "God’s Promise" to cure her "sickness," after she’s caught having sex with her down-low girlfriend in the back seat of a car on (ironically enough) prom night. (Their attraction to each other is so strong they recklessly dare to be found out by their male dates.) There, the instructors (led by a scarily serene Ehle, performing the role with Nurse Ratched's steely determination) attempt to indoctrinate an agnostic Cameron in a religion of pathological self-hatred, one that views her natural inclinations as a perverse sin capable of a simple cure that’s prescribed only by God’s love. As part of the brainwashing process, she and other involuntary attendees are humiliatingly asked, “Am I worth saving?” – as if the question could be answered in more than one way. It’s no wonder a number of states and other local jurisdictions have outlawed this discredited reparative therapy for minors of every stripe. Any way you look at it, it’s institutional abuse.

Despite the often unsettling subject matter, this adaptation of Emily M. Danforth's teen novel isn’t an intense experience: no big confrontational scenes, few (if any) histrionic moments. (The upcoming film Boy Erased, featuring Lucas Hedges as a minister’s son forced to undergo similar reparative therapy, looks like it may follow a more conventional dramatic arc.) Director Akhavan devotes most of the film to the day-to-day instruction that God’s Promise provides to its student-disciples, such as the iceberg exercise in which the facility’s pupils are required to conceptualize in a drawing the underlying causes of their same-sex attraction, as if they were passengers on some gay Titanic (some of this stuff might be comical, if weren’t so tragic). The film’s clunky title is a bit misleading, given that the perplexed but ultimately grounded Cameron never really drinks the Kool-Aid offered to her – although other, more vulnerable classmates aren’t so fortunate. In the end, befriending fellow outcasts Adam and Jane (terrifically played by Goodluck and Lane, respectively) turns out to be her salvation, much to our delight. These three musketeers swagger their sarcasm like rapiers wielded in the spirit of a collective self-preservation. All together now: All for one, one for all!