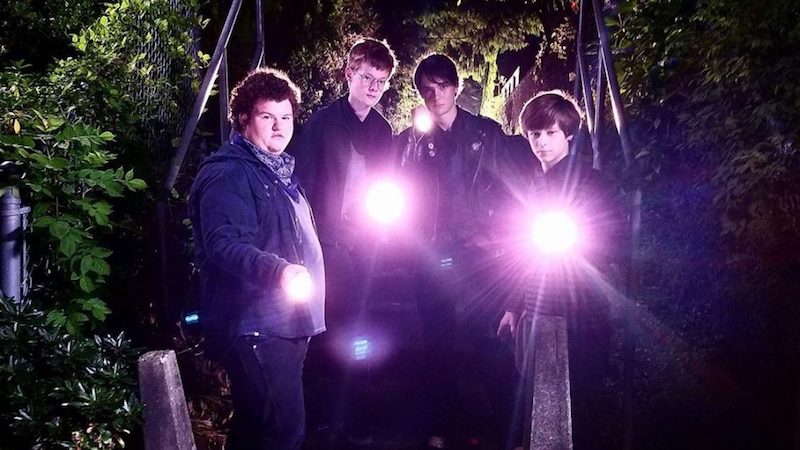 Charles Ng and Leonard Lake. The Beauty Queen Killer. The Southside Strangler. The 1970s may have had the malevolent superstars – the Bundys and Gacys and Berkowitzes – but the Eighties were the high-water mark of serial killer culture, the obsessive belief that there was a knife-wielding monster around every corner. Slasher films, which also hit their peak in the era of synth-pop, probably had more to do with that than actual stranger danger, so it’s no surprise that the current round of post-Stranger Things fiction finally added a mass murderer with the Cape May Killer, the sadistic slayer behind Summer of 84.

It’s vacation time in Ipswich, Ore., and the archetypical quartet of friends – brainy Farraday (Cory Gruter-Andrew), brawny Woody (Caleb Emery), not-quite-too-cool-for-school Eats (Judah Lewis) in his standard-issue Bad Religion shirt, and pencil-necked everykid Davey (Graham Verchere) – are burning up time with porn, games of manhunt, and lusting over dream-girl-next-door Nikki (Skovbye). Except for Davey, who’s convinced there’s something awry with his too-perfect neighbor Mackey (Sommer); when word breaks that there’s a serial killer who has been killing teens their age, Davey convinces his friends that Mackey fits the profile. Of course their evidence is wholly circumstantial (who buys that much dirt for a normal suburban backyard?), and it doesn’t help that he’s actually a cop, so they can’t go to the authorities, so the teens have to go full Hardy Boys.

Simard, Whissell and Whissell may sound like a firm of lawyers, but the trio of directors (collectively known as RKSS) proved their retro-appreciation with kid-friendly postapocalyptic romp Turbo Kid. This is much more a period piece with modern sensibilities, somewhere in the neighborhood of Cop Car and Super Dark Times, but without the sun-bleached noir tones of the former, or the all-consuming dread of the latter. Nor does it have the subversive charms of actual Reagan-era killer flicks like The ‘Burbs or The People Under the Stairs. In fact, it’s all oddly lacking in the kind of edge or snark that retro-cinema usually relishes.

But that’s actually why Summer of 84 is a cut above. Yes, it leans on the synth score a little too much (the Roland Juno-106 Analog synthesizer wasn’t ever that ubiquitous), but its attention to period detail goes a lot deeper than MTV T-shirts, short shorts, and G.I. Joe walkie-talkies. There’s an earnestness amid the well-executed jump scares and gruesome payoff, an honesty that can sometimes be in short supply in teen-centric horror. Parental divorce looms large over everything, and underpins the camaraderie of the kids, as everyone uses sleepovers as a way to get out of the house. It’s those little beats that make Summer of 84 far more than just a Stranger Things wannabe.