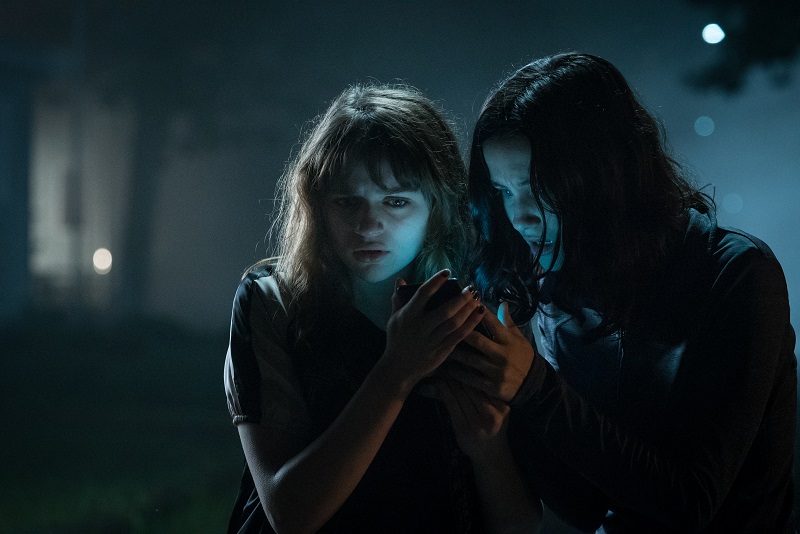 A myth is a story we construct together. Take Slender Man. The defining monster of the online story-swapping horror phenomenon Creepypasta, he's the child-snatching shadow in the corner, a blank-faced, suit-wearing creature of ill-defined and malignant intent.

Although he was created by Eric Knudsen (aka Victor Surge), the mythology has grown on its own terms. Its power is in its communal nature, that everyone brings something that extends or warps the creature. Unfortunately for Slender Man, the film adaptation of the myth, the spirit of collaboration has become a creative tug-of-war, between director Sylvain White (Stomp the Yard) and distributor Screen Gems – one that reached such publicly ugly levels that the studio tried to sell it, then moved it from its prime back-to-school late August release date, then unceremoniously dumped it in the doldrums of summer.

First and foremost, this is in no way based on the Slender Man stabbing, as chronicled in 2016's Beware the Slenderman, in which two preteens with clear social and emotional issues attacked a third girl, and blamed it on Slender Man. Instead, this is an original story about four girls in a podunk town who decide to play a video to summon the internet legend. Katie (Basso) soon goes missing, and the town marks it up to her dysfunctional home life, but her friends – small-town goth Wren (King), semi-popular everygirl Hallie (Telles), and mandatory cynic Chloe (Sinclair) – know better, and fear that they will be next.

It's a film where the tension between filmmaker and studio is palpable. It feels like the studio hired White because of his feature debut, the tedious I'll Always Know What You Did Last Summer, and said, "Do something like that," but he had an idea for a much more interesting story, riddled with references and nightmare logic. His vision hews closer to the better of the U.S. J-horror remakes, most especially the mournfulness of Gore Verbinski's remake of The Ring. Otherwise, why hire Luca Del Puppo (cinematographer on the underseen cuckoo-in-the-nest horror Emelie) to craft the surprisingly bold visuals for a generic slasher? The opening sequence of Katie and Hallie goofing around, shot with a razor-thin depth of field, combined with the borderline-minimalist score/soundscape of Brandon Campbell and Ramin Djawadi, feels extracted from a far more interesting movie.

But those structural decisions are constantly compromised by predictability. In the history of horror tropes, few are more burned out than "four teen girls invoke the wrath of a supernatural force." Considering that the whole point of the Slender Man mythos is that it is so adaptable and mutable, to pour it into the most generic of formats is just lazy. Compared to the thematically linked and superior The Mothman Prophecies (where Richard Gere chases a pre-digital urban myth), it's the most generic choice imaginable, and stinks of focus group thinking.

The biggest studio interference may ultimately have been in selecting White to begin with. He clearly is passionate about horror, but his grasp of thrillers and action – as in the gloriously fun The Losers, or his extensive episodic TV work, including the final, critically lauded season of The Americans – is far stronger. It's not that the scares here are inept, but that they're mostly predictable. Moreover, they are most effective when the audience is forced to look for Slender Man in backgrounds and shadows, rather than the generic CG sequences of pursuits through the woods. 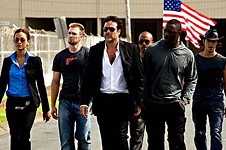 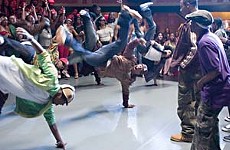 Stomp the Yard
Although littered with clichés and shopworn manipulations, this film's intervening dance sequences are so captivating that it’s almost possible to forget you’ve seen this movie a hundred times before.