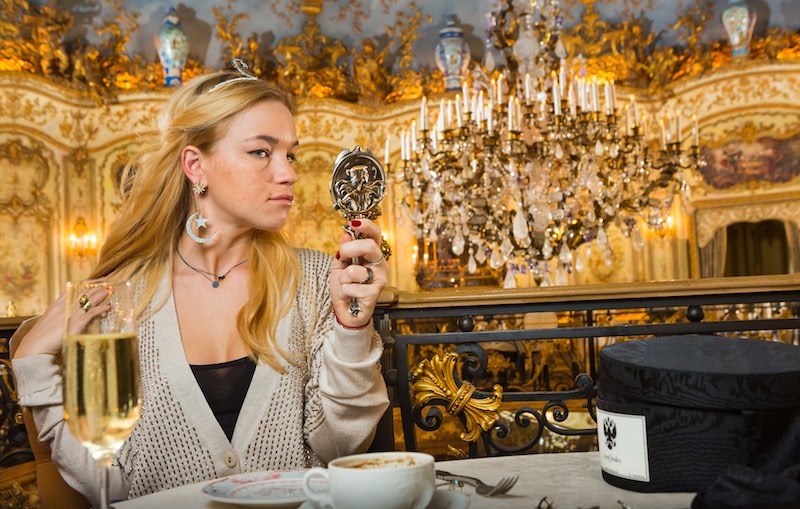 It’s not entirely clear what “generation” is the guilty one being examined in filmmaker Lauren Greenfield’s third full-length documentary, but it’s safe to say that we are now several decades into the decline of Western civilization (that Creem critic was right, you guys). I suppose you could say that Generation Wealth is a sort of “spiritual sequel” to Greenfield’s previous feature, The Queen of Versailles. And if you scratched your head at the end of that film, as I did, and thought, “What was the point of all that?” I think you might find some answers with this project. I say project because the film is a culmination of Greenfield’s work over the last 25 years, linking themes found in her photography and films: She explores glitz & glamour but also probes the unsavory depths of their true cost – nowhere more apparent than in her gripping yet almost unbearable depiction of anorexia, Thin.

Generation Wealth is as much a personal journey as anything – throughout the film Greenfield is shown sifting through half a million photographs for publication in a book, and she revisits some of her earliest subjects, overprivileged kids from her old high school in L.A., and she interviews her own parents. There’s also an exiled former hedge fund manager; a single mother who goes to Brazil for plastic surgery; a porn star who was briefly famous for being mixed up with Charlie Sheen; novelist Bret Easton Ellis; and journalist Chris Hedges, whose doomsday rhetoric reads like Chicken Little telling us the sky is falling. At one point her dad says, “You’re all over the place,” and that pretty much sums it up.

Without much of a focus or any type of overarching narrative, the film is an indictment of capitalism (yusss) and all of us (okay?) for creating a world in which 14 seasons of Keeping Up With the Kardashians is allowed to exist. Everything is terrible, but we knew that already. The closest thing to redemption is the hedge fund manager’s Jacob Marley-esque lament: Damn these chains I forged in life (this is the same guy who says, “I loooooove money” in the first scene). That dude is given way too much airtime, and Greenfield inserts herself and her own narrative (a frenzied search for an answer to “Am I a workaholic?!”) into the movie more than is wise. The moral lesson of “spend more time with loved ones” is pretty weak sauce if I’m being honest: It’s nothing more than an unheeded warning sign on the edge of the diamond-encrusted road straight to ruin. The Queen of Versailles
How does 90,000 square feet sound?