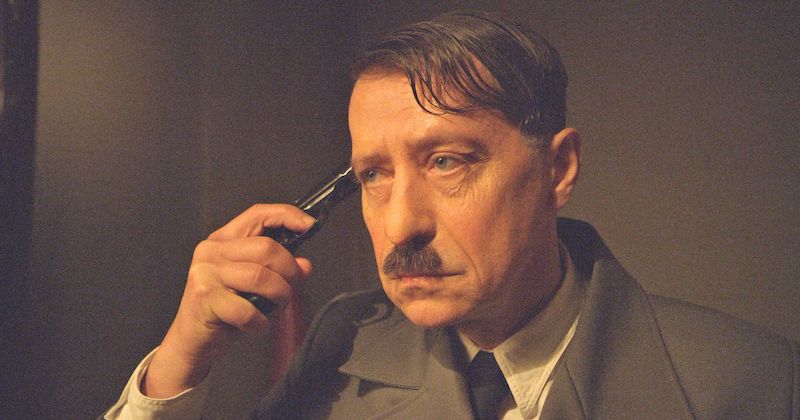 Death of a Nation

So, what is America? Land of the free, home of the brave, to be sure, but that just seems like outdated jingoism these days. Whatever beliefs you think to be true on either side of the fence (and there is a fence, if not a big looming wall), freedom, bravery, and the truth appear to currently be in short supply. Dinesh D’Souza’s new doc attempts to paint the Democratic Party as racists and fascists, and aligning all manner of horrible people (mainly Adolf Hitler, but hey, let’s throw in Josef Mengele for good measure) to the left. And make no mistake, this is filmmaking as polemic, and much in the same way as Michael Moore’s (much better) films have a particular agenda to puzzle out various ways in which our country has failed us, this traffics in the same vein.

This latest salvo from D’Souza (you may or may not have the fond remembrances of 2016: Obama’s America, or the sequel, lazily named Hillary’s America) posits a thesis statement that compares Republican president Abraham Lincoln with our current commander in chief, Donald Trump. That thesis often gets bogged down in the many other points and pathways that D’Souza embarks on.

Opening with Trump’s presidential victory in 2016, the film has the requisite footage of slack-jawed liberals and incredulous news analysts coming to grips with the new world order. As to Trump’s more than checkered past, all that’s said is that they knew they weren’t electing a choirboy. But the demonization of the antifa movement, equating it to Mussolini’s Blackshirts, is just an easy out, as footage of bandanna-clad miscreants breaking storefront windows and destroying property is depicted with a pearl-clutching voiceover. But then (thankfully) the narrative turns to a more cohesive argument, but one that proposes an iteration of American leftist ideology that D’Souza traces to a letter that Hitler wrote to American progressives in the late Thirties. “You see!” he cobbles his thoughts, and the world turns around to face a rather silly and frankly dangerous view of how we live our lives in the 21st century. Cue D’Souza strolling around historic sites, with fashionable scarves and a look of perpetual questioning, as if he hasn’t already run the numbers and figured out the score. Look, this is a film that either speaks to you or not; it is not something that is going to sway you by telling heart-wrenching stories of Sophie Scholl or “seeing the other side,” by interviewing Richard Spencer, an interview that goes nowhere, that reveals D’Souza for what he is, someone who anticipates the answer as he asks the question. Great stuff if you’re drinking the Kool-Aid, but to a sane person, it seems like a fantasy. 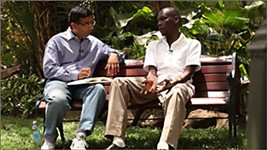 2016: Obama's America
Dinesh D'Souza, the conservative author, expounds on the president's past, and discusses what he thinks America would look like if Obama were to be re-elected.