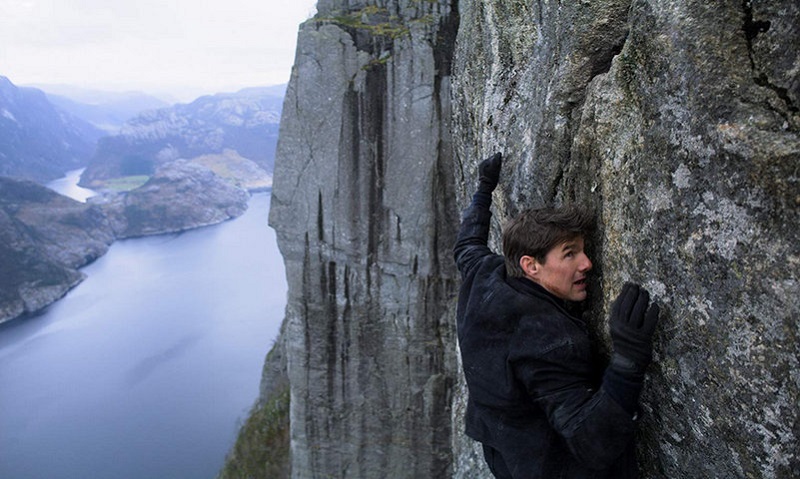 Arriving just in the nick of time, the method favored by Tom Cruise and co., having honed it down to a dizzying science over the course of 20 years and six films, Mission: Impossible - Fallout is here to save you from the oppressive summer heat (well, for an afternoon, anyway). It’s also a relentlessly entertaining exercise in putting Cruise’s Ethan Hunt through his paces again. And again. And again. But hey, there’s much pleasure in watching him continually fall off things.

The popular espionage/action franchise has once again lit that iconic fuse on one the best entries into the series (and Cruise just broke his ankle this time, hopping across Parisian buildings, which to any normal person is equivalent to the occupational hazard of a co-worker swiping the last breakfast taco because you didn’t get there in time: an annoying inconvenience).

Writer/director McQuarrie’s second foray at the helm picks up directly after 2015’s Rogue Nation, and while most of these films operate on their own, this is a direct sequel (go ahead and count the mediocre Ghost Protocol, I dare you). Hunt and his team are after the Apostles, a terrorist group that formed in the vacuum of the capture of British spy-turned-anarchist Solomon Lane (Harris). The group is trying to get their hands on three plutonium cores to fashion nuclear bombs, targeting the religious holy sites of the Vatican City, Mecca, and Jerusalem. They strive for a new world order, but one wonders what that exactly looks like insofar as, you know, the day to day. It’s not really explained, mostly described with this bon mot that “the greater the suffering, the greater the peace,” or something along those lines (I just want to know my anarchic health care options). A deal gone wrong concerning said plutonium cores opens the film, with Hunt having to decide between securing the radioactive element or saving trusty team member Luther (Rhames). He chooses the latter, which becomes one of the main through lines in the film, a theme involving the hard choice of saving one life over many, and much discussion, albeit all incredibly opaque, as to what is the better course of action, ensues. You better believe the film has it both ways.

Joining Hunt, Luther, now-seasoned field agent Benji Dunn (Pegg, comic relief revealing itself in its final form), and Ilsa Faust (Ferguson, in a very welcome reprisal to her MI6 agent), is CIA agent August Walker (Cavill), assigned into the team as a watchdog, and to make sure things don’t go sideways. Well, they do: They go sideways in Paris, they go sideways in London, and they go sideways basically every 20 minutes or so. McQuarrie distills those overbearing plot machinations down as much as he can to good effect, but it is greatly assisted by Rob Hardy’s fluid and kinetic cinematography. There are set-pieces in this film, especially the last 30 minutes, that set the bar for big-budget, rich-people-entertaining-you-with-their-own-stunts spectacle. Add to that the fact that no one in the film menacingly asked “Where’s the disk?” and you have a winner here. 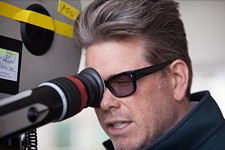 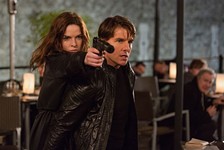 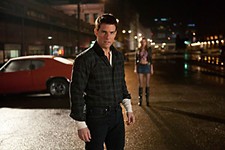 Jack Reacher
Tom Cruise stars as the title character of Lee Child's novels in this thriller directed by the writer of Valkyrie and The Usual Suspects.