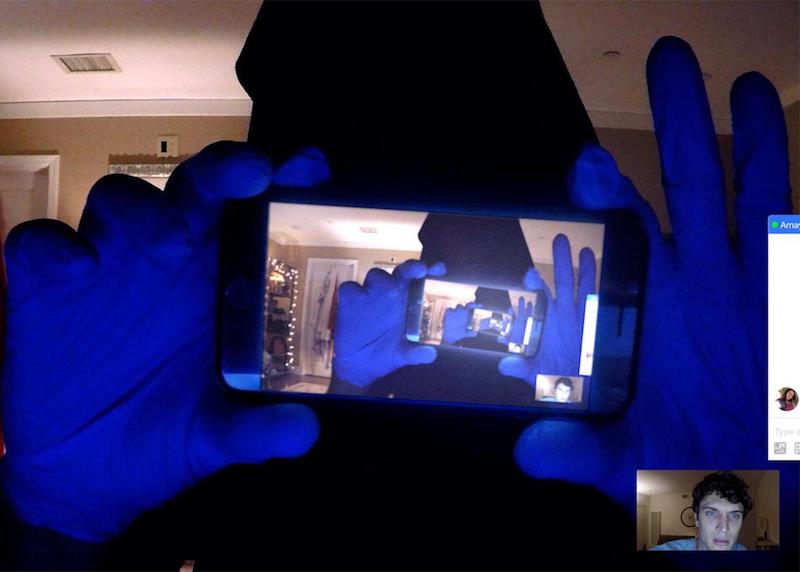 While genre audiences are used to finding gold in unexpected places, one of the most surprising films of the past few years remains Unfriended, the 2014 horror movie that takes place entirely on a computer screen. What might’ve been little more than a Corman-esque gimmick emerged as a thought-provoking blend of horror tropes and new media. Now, four years later, Blumhouse Productions has released an anthology sequel that follows in its footsteps. The kicker? It’s even better than the first.

Matias (Woodell) has been working on a real-time video program that translates spoken words into American Sign Language, hoping that this will help him communicate better with his deaf girlfriend Amaya (Nogueras). Frustrated by the limitations of his computer, Matias decides to steal a laptop from the lost-and-found at his local cyber cafe. Not only is he now able to put the finishing touches on his software program, he can also participate in his college friends’ regular game night session via Skype. It isn’t long, however, until the laptop’s owner comes looking for his missing property, and Matias learns that some bits of technology are better off missing.

Much like its predecessor, Dark Web proves that films set on computer screens are more than just a technological gimmick. Writer/director Susco – here making his feature debut after a decade scripting big-budget horror remakes like The Grudge  –  gives each application and pop-up their own continuity and storytelling direction. As such, each window provides a unique setting for the film’s characters. What Matias knows and what he chooses to share with his friends is controlled by his navigation of these windows; our growing unease as audience members is heightened by the familiarity of these digital surroundings.

Dark Web also benefits from leaving behind the ghostly elements of its predecessor. While the film’s exaggeration of the dark web experience does contain its fair share of groaners, the focus on human evils means that we are ultimately responsible for the violence seen in the film. Susco and his sound department deserve great credit here for turning message notifications into one of the film’s great strengths; every time Matias receives a message from his unknown tormenters, the familiar shapes and sounds of Hangouts and Facebook notifications become glitched and distorted, creating a genuinely unsettling atmosphere.

And lurking beneath the surface of Dark Web is a deceptively complex relationship between Matias and Amaya. Much like 2018's crossover hit A Quiet Place, this film hinges on an able-bodied male character believing that the deafness of a loved one is a problem that needs fixing. Strip away the first-person aesthetic and all the technological wizardry and you’re still left with a clever takedown of a wrongheaded approach to disability. This is the kind of substance that ensures Dark Web will maintain its relevance long after the software featured in the film has become obsolete.